As countries emerge from the Dystopia of lockdown restrictions, there’s growing awareness of the phenomenon of excess deaths, for example in the  UK and Australia. On July 8, The Daily Mail (UK) reported that collateral damage of lockdowns is killing 1,000 people per week in England and Wales.

There is also rising awareness of government excesses in violating freedoms and liberties. In a global survey of 52,000 people by the Democracy Perceptions Index, in 50 of the 53 countries surveyed, people expressed net agreement (that is, agreement minus disagreement) with the proposition: “their government has gone too far in limiting people’s freedoms.”

Authorities and lockdown advocates accuse critics of 20/20 hindsight and insist they did the best they could with limited information in the midst of a once-in-a-century pandemic. Such a revisionist narrative must not be allowed to take hold. The remarkable thing is how much of the collateral damage was predicted quite early into the lockdowns.

One can understand why the lockdown, mask and vaccine fanatics want everyone to forget their hatred and demonization of all dissenting voices and demand that the sceptics be removed from the public square. But both in the interests of justice and to avoid a repetition of the criminal mistakes, they must not be allowed to whitewash the past and rewrite history.

The belief in public health experts and authorities in their ability to halt a pandemic, and eradicate a respiratory virus through societal interventions defied historical experience, scientific consensus as summarized in a WHO report in October 2019, and existing national pandemic plans in most countries that had taken the trouble to prepare one in advance.

The WHO report was foreshadowed in a 2006 study by a Johns Hopkins University team whose final paragraph concluded with this “overriding principle:” “Experience has shown that communities faced with epidemics… respond best and with the least anxiety when the normal social functioning of the community is least disrupted.”

Instead lockdowns ensured that normal social functioning was maximally disrupted. Their net benefits remain debatable but their massive harms, starting with adverse health outcomes, are the more easily documented. With elective surgeries and routine screenings suspended, many diseases like cancer, diabetes and heart disease that are treatable if caught in time stayed undetected, dramatically escalating the death toll from non-Covid cases.

In the UK, 117,000 people on the National Health Service’s (NHS) multi-million-long waiting lists had died by July 2022, almost two-thirds the total Covid toll of 180,000 dead. Professor Sir David Spiegelhalter of Cambridge University said the UK’s weekly toll of 1,000 non-Covid excess deaths could be the “impact of measures against the pandemic and the disruption in healthcare.” Paul Hunter, an infectious disease expert at the University of East Anglia, blamed it on the backlogs for routine treatment and soaring A&E waits.

Early in the pandemic, reports from reputable bodies contained graphic and mutually reinforcing warnings about the deadly consequences of severe lockdown measures. On May 29, 2020, Zaria Gorvett reported for the BBC Future program that most Covid deaths would be not from the virus but from the collateral damage inflicted by the various lockdown measures. “Across the globe, patients have reported being denied cancer care, kidney dialysis and urgent transplant surgeries, with sometimes fatal results,” she said.

How many of the nearly two million new cancers each year in the US, as also heart, kidney, liver, and pulmonary illnesses, would go undetected for months because routine screenings and appointments were put on hold? Americans at risk from these illnesses numbered 70-80 million. At 1% excess fatality in this group caused by shortages in personnel, supply and equipment resulting from the economic shutdowns, Rob Arnott warned in a RealClearPolitics commentary on March 24, 2020, another 750,000 Americans would die from a policy that was meant to shield the health system but instead had partially crippled it.

A report in The Financial Times on April 26, 2020 referenced an internal British government estimate that ultimately, without mitigation, up to 150,000 people in the UK could die prematurely from other conditions because of the Covid-induced lockdown that put on hold huge numbers of screenings and operations. Professor Karol Sikora, a consultant oncologist with the NHS, estimated up to 50,000 more UK deaths from cancer with a six-month lockdown, owing to the pause in health screenings.

To add to the public policy insanity, the anti-scientific lockdowns barred people from some healthy lifestyle options like strolling and exercising in open air parks and beaches and instead cooped them up in high-risk environments like homes in high-density living complexes. The Guardian reported on May 9, 2020 that there had been 6,546 more non-Covid-19 deaths at homes across Britain compared with the seasonal five-year average.

A 2014 study in Social Science and Medicine by Timothy J. Halliday showed that a 1% rise in the unemployment rate raises the risk of dying by 6% over the following year. According to the Federal Reserve’s James Bullard, who supports the Covid-19 shutdown measures as an investment in public health and survival, unemployment could climb to 30%. (US unemployment during the Great Depression was around 25%.)

An article published in Lancet Psychiatry on April 15, 2020 cautioned of profound and pervasive fallout on mental health caused by loneliness and anxiety during lockdowns. The Washington Post reported on May 4 warnings from US authorities and experts of an approaching “historic wave” of mental health problems caused by the months-long Covid-19-related “daily doses of death, isolation and fear.”

Dr. Mike deBoisblanc from the John Muir Medical Center in Walnut Creek, California said on May 22: “we’ve seen a year’s worth of suicide attempts in the last four weeks.” Four in 10 British psychiatrists reported “an increase in people needing urgent and emergency mental healthcare – including new patients – in the wake of the lockdown,” with 18-25-year old men having been badly affected by first-time mental health issues.

The Royal College of Psychiatrists reported a sixfold increase in suicide attempts by the elderly because of depression and anxiety caused by social isolation during the lockdown. Still in May 2020, Australia’s top mental health experts warned that a lockdown-induced 50 percent jump in suicides could kill ten times as many as the virus.

A spate of reports from Goldman Sachs, the International Labour Organization, International Monetary Fund, World Bank, and the World Trade Organization warned of dramatic decelerations and contractions in GDP and trade from the pre-pandemic forecasts, with a resulting ballooning of poverty, job losses, and income falls. Of course, from the start it was known that the impact of global shutdowns would be particularly devastating on the poorer countries.

On April 9, 2020, Oxfam warned that the lockdown-induced economic crisis could push an extra 400-600 million people into poverty, the first rise in poverty in 30 years. A UN report warned that economic hardship caused by pandemic mitigation measures could cause “hundreds of thousands of additional  child deaths in 2020, reversing the last 2 to 3 years of progress in reducing infant mortality.”

Across 143 low-income countries, for example, 369 million children who normally relied on school meals for their daily nutritional needs had to find substitutes with schools closed. In the same month, the UN’s World Food Programme warned that disruptions to crop production and food distribution risked famines of “biblical proportions” with the number of people suffering from acute hunger nearly doubling from 135 million to 250 million.

A study by the Johns Hopkins School of Public Health warned that infant mortality could increase by 1.2 million, and maternal mortality by 56,700, because of disrupted health services. In May, Professors Jay Bhattacharya and Mikko Packalen estimated the lockdowns’ enduring global economic impact could “end up taking nearly six million young lives in the coming decade” in developing countries. A study in South Africa in the same month feared the lockdowns could kill 29 times more people than it saves.

There was a sharp surge in child trafficking in India following lockdowns. Westerners have largely forgotten what “hand-to-mouth” existence means, when the sole breadwinner must earn daily wages to buy food for the family, including young children and elderly parents. With lockdowns for months without end, children were inevitably put at risk of being trafficked into labour bondage, street begging and sexual slavery.

With less than 10% of India’s workforce in regular, salaried employment, millions feared that “hunger may kill us before coronavirus.” How exactly, for example, was a manual (non-motorized) rickshawallah meant to earn his daily money to feed his family during a 21-day shutdown? The lockdowns also put women at elevated risk of domestic violence.

With two years of lost schooling, children were left unsocialized and far more exposed to viruses against which most would in normal years have acquired immunity. Lockdowns forced 500 million children around the world out of school and more than half of them are in India. Pointing this out on the release of a new report, Dr. Sunita Narain, Director General of the Centre for Science and Environment, said that more than half the world’s additional 115 million people pushed back into extreme poverty live in South Asia.

India, she said, was all set to usher in a 375 million-strong “pandemic generation” of children up to age 14 who are likely to suffer long-lasting impacts like increased child mortality, being underweight and stunted, and educational and work-productivity reversals.

The last report was dated February 2021 but covered what had happened over 2020. The other reports are mostly from March–May 2020. Furthermore, they are all from reputable institutions, organizations and experts. There is simply no excuse for authorities to have turned a blind eye to this wealth of urgent warnings on the dangers on the lockdown paths.

For that monomaniacal devotion to a policy that has brought little lasting health benefit but caused massive health, mental health, civil liberties, social and economic damage, the authors and enforcers of the policy of interventions must be held to account. 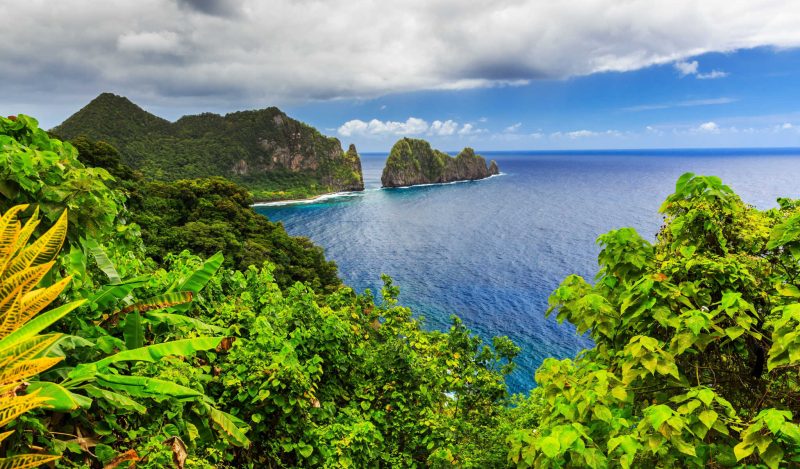 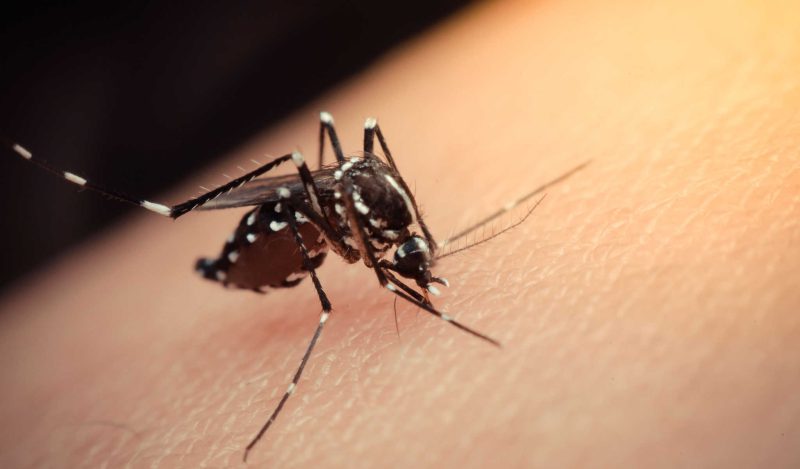 In 2015, a viral pandemic from Northeast Brazil exploded into the news, supported by breathless public health alarms that Zika -- a flavivirus acknowledged for…