Several Twitter users known for questioning U.S. government COVID-19 messaging have found themselves locked out of their accounts or suspended, even as the social media company reckons with a takeover by pro-free-speech billionaire Elon Musk and advancing litigation by journalist Alex Berenson.

It’s not clear whether the timing is coincidental or the last gasp of an old guard targeting so-called Team Reality before a new owner or courts force it to change direction. Twitter has ignored the vast majority of Just the News requests to explain how various sanctioned users violated its terms.

The notices from Twitter, often posted by allies of the silenced users, cite violation of its policy against sharing “misleading and potentially harmful information” about COVID.

A federal judge greenlit breach-of-contract claims in Berenson’s lawsuit challenging his permanent suspension, which followed a tweet that said COVID vaccines neither stop infection nor transmission, both of which the CDC has acknowledged for several months.

The former New York Times reporter said in February Twitter had quietly removed the “misleading” label from the tweet, which only he can see. The company didn’t respond to Just the News queries at the time.

Berenson plausibly alleged Twitter “fail[ed] to abide by its own five-strike policy and its specific commitments” made by a PR executive directly to Berenson before his first strike, U.S. District Judge William Alsup wrote April 29.

Kotzin testified at an April 28 preliminary injunction hearing. New Civil Liberties Alliance lawyer Jenin Younes, who is representing the trio, told Just the News she didn’t know why their motion hadn’t been decided yet.

Kotzin, a stay-at-home father whose wife Jennifer Sey left Levi’s under pressure to stop advocating for school reopening, was previously suspended shortly after Surgeon General Vivek Murthy’s March 3 request for information on the impact and prevalence of purported COVID misinformation.

Twitter had already permanently suspended his coplaintiff, lawyer Michael Senger, who alleges the U.S. adopted its COVID policy from the Chinese Communist Party.

The company locked out and suspended the Illinois school activist and Rational Groundcontributor known as “Emma Woodhouse” the day after Kotzin.

A three-time prior lockout victim, Woodhouse wrote in her May 2 newsletter that Twitter cited her tweet about the “dishonesty” of pediatricians claiming COVID infection is “far” riskier than vaccines for children. Twitter unexpectedly reversed the decision the same day, calling it an error.

New York art gallery owner Eli Klein received a 7-day suspension last month for saying most immunocompromised people “are not at high risk from COVID.” He called the virus a flu-level risk for children, “many, if not most” of whom already have natural immunity.

“Numerous doctors, scientists, experts and others have reached out to assure me” the tweet was “completely accurate, or at worst, debatable,” and The New York Times and The Atlantic made similar claims around the same time, Klein said.

Prasad affirmed Klein’s tweet in the post, citing the vague parameters for “immunocompromised,” the infection fatality rate for seasonal flu versus COVID-19 by age group, and CDC “seroprevalence” data estimating around 3 in 4 children have natural immunity. “Big Tech is simply not up to the task of medical censorship,” Prasad said.

Twitter ended its silence Monday after being informed Prasad, who has blamed federal officials for eroding trust in public health, was challenging the factual basis for Klein’s suspension.

“We’ve nothing to share on this,” U.S. Policy Communications Manager Trenton Kennedy wrote in an email. He didn’t respond when asked if this response covers other recent queries about sanctioned users.

Purported COVID misinformation isn’t the social media giant’s only target. The Babylon Bee remains locked out of its account six weeks after Twitter faulted the conservative Christian satire site for “targeted misgendering” by dubbing the nation’s highest-ranking transgender official its “Man of the Year.”

Twitter has not taken visible action against the Bee’s secular left-wing competitor, The Onion, for an arguably defamatory tweet around the same time calling Republican Sen. Josh Hawley of Kansas a “pedophile.” Kennedy, the spokesperson, told Just the News he’d look into the issue more than a month ago but hasn’t provided an update, including when asked again Wednesday.

Comedian Bill Maher called out Twitter on his most recent HBO “Real Time” show for putting a “sensitive content” warning on a Bee video mocking the sensitivity of Twitter employees, which hides the video by default on Twitter.

“This is well within what satire has always been,” Maher said. The warning “shows their complete lack of self awareness about what their own problem is … You have failed, Twitter.”

Two weeks after completing a 12-hour Twitter suspension for unexplained “hateful conduct,” Libs of TikTok, which shares videos of far-left progressives, found itself deplatformed by Linktree for “inappropriate use” of its service, which provides MySpace-style landing pages for users to link to their other online presences.

Linktree has not answered Just the News requests to explain the inappropriate use, which like queries to Twitter went to official media relations accounts. 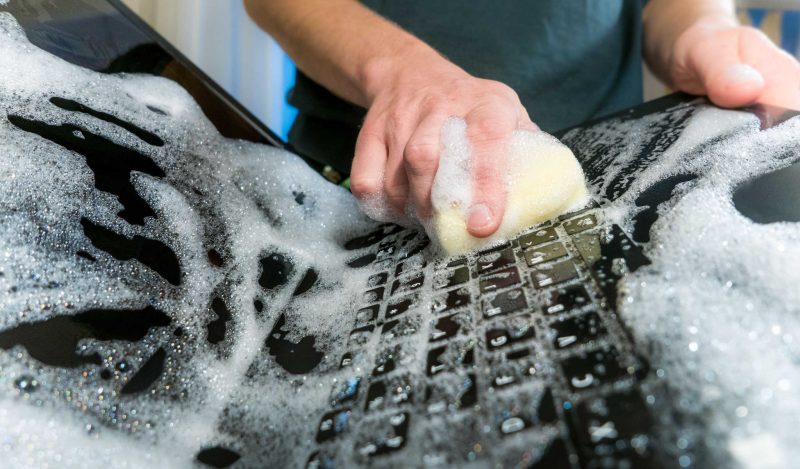