Life in the United States and in many parts of the world was transformed in mid-March 2020. That was when the great experiment began. It was a test. How much power does government have to rule nearly the whole of life? To what extent can all the power of the state be mobilized to take away rights that people had previously supposed were protected by law? How many restrictions on freedom would people put up with without a revolt?

It was also a test of executive and bureaucratic power: can these dramatic decisions be made by just a handful of people, independent of all our slogans about representative democracy?

We are far from coming to terms with any of these questions. They are hardly being discussed. The one takeaway from the storm that swept through our country and the world in those days is that anything is possible. Unless something dramatic is done, like some firm limits on what governments can do, they will try again, under the pretext of public health or something else.

There is so much to unpack from those early days, every day filled with drama and meaning.

There were two critical turning points, so far as the public knows. The first was on March 12, when Trump gave an evening speech that ended in announcing a travel ban from Europe. Fauci had previously said that it would not happen.

Who knew that the president could do such a thing on his own? I’m not sure anyone did. But it was so shocking and there was no time and means to challenge it. Plus, people were afraid of the virus, their primal survival instincts overriding all rationality, and deleting the rule of law.

The second turning point was March 16, at Trump’s long press conference at which he announced the strong lockdown advisory. There he was surrounded by Deborah Birx and Anthony Fauci, the people who have since revealed themselves as Biden partisans. They were the team advising him, with his son-in-law in the background.

According to Washington Post reporters, Trump had spent the weekend with these very advisors. It was they, and Birx in particular, who convinced him to go full lockdown. She convinced him that lockdowns would arrest the virus and then he would be considered a hero who saved the country.

It was supposed to be only for 15 days, just enough time to get the virus contained in some way. The public messaging was that this was to “flatten the curve” but Trump had been led to believe that these measures would somehow help “get rid” of the virus, an absurd and unachievable goal but Trump did not know that. Birx’s virus-control method was no more complicated than her own words: “We really want people to be separated.”

What’s fascinating to me about this narrative is that it leaves out a very critical document. In fact, the book by the Washington Post leaves it out completely.

On March 13, 2020, the day after Trump’s ban on travel from Europe, the Department of Health and Human Services released a confidential edict – one that had surely been weeks in the planning – that later became public. It contained all the essential elements of lockdown.

In other words, what Trump was considering doing had already been done by the administrative state. Whether he knew that or not, I do not know. I’m guessing that the answer is that he did not.

The March 13 edict from HHS called for “home isolation strategies” and “limiting public gatherings and cancellation of almost all sporting events, performances, and public and private meetings that cannot be convened by phone.” It called on states to “consider school closures.” It also said that “healthcare” facilities need to “alter standards of care from ‘contingency’ to ‘crisis’ standards to conserve resources.” Everything must stop, said the document, except for “skeleton crews” related to “critical public services and infrastructure.”

To be sure, the HHS document had no force of law as such and neither did it demand all of this immediately. It only called for this under certain conditions. The trouble is that these conditions were already in place.

I would like to quote this paragraph directly because it is a doozy. Indeed, it’s almost incomprehensible but if you were to summarize, one might say that the document called for lockdowns when there is community spread of the virus – which everyone knew at the time was inevitable since January and already happening at least in the Northeast of the US.

The document read as follows:

“The trigger for a transition from containment to community mitigation activities in multiple affected jurisdictions is recognition of greater than three generations of human-to-human SARS-Cov-2 transmission in each, or detection of cases in the communities without epidemiologic links, in two or more non-contiguous jurisdictions in the U.S. with evidence that public health systems in those jurisdictions are unable to meet the demands to achieve and maintain containment while simultaneously providing quality care.”

Again, this was released even as Trump continued to believe that he was in the driver’s seat, deciding whether and to what extent he was going to go along with his advisors’ demands that he shut down the best-performing economic growth path in decades. He was being asked to betray all of his principles in the name of virus control. That weekend, he succumbed to their demands and prepared his Monday press conference. He was merely codifying what the “deep state” had already decided on his behalf.

During the press conference, the stock market crashed 3,000 points, the largest point drop in history. Hearing the news of this devastation during the press conference, Fauci interrupted to assure people that this would be a short break in economic activity and certainly would not last until July. We might still be battling the virus by then, he said, but the lockdowns themselves would be of short duration. It was designed to bring calm to the markets.

This press conference is what unleashed the political panic. States all over the country locked down, with only South Dakota resisting the push to put an end to commercial freedom and human rights. They wouldn’t open up for months or, in some cases, more than a year later.

Then the time came for Congress to act. It was March 27, 2020, and there was a $2.2 trillion spending bill on the table. Congress was going to approve it without even showing up to the Capitol. It was an appalling sight. These lockdowns had already permissioned every privileged person who could work on a laptop to stay home while the working class had to keep up the old routine. Congress was going to throw trillions around the country now without even showing up to a vote.

That’s when Congressman Thomas Massie, Republican from Kentucky, hatched a brilliant idea. He would insist that Congress obey its own quorum rules. He pressed the point and thereby required at least half of everyone to come back, traveling to Washington, D.C., precisely when they were most scared to leave their homes. It made sense. If you are going to shower the country with that much money, the least one could do is adhere to the rules of the house and show up for a vote!

Trump, however, was a huge supporter of the bill and the lockdowns, and therefore furious at Massie. He tweeted that Rep. Massie – one of the more brilliant and humble members of Congress – was a “third-rate Grandstander.” “He just wants the publicity,” he said, and called for party leaders to “throw Massie out of [the] Republican Party!”

Of course the bill sailed through, with only Massie in opposition. That bill ended up being a disaster. It could arguably be blamed for why so many states kept their economies closed as long as they did. The money itself, rather than being used for compensation for lockdowns, became itself a moral hazard to continue the lockdowns for as long as possible. Indeed, the more money that Congress allocated to lockdown relief, the longer the lockdowns went on.

The counterfactual is elusive but one still wonders. How might history have been different had Trump smelled a rat during the second week of March 2020? What if he had around him some scientists who understood the virus, could read the risk demographics, understood endemicity, and convinced him instead of spreading panic to inform the public in responsible ways? Further, what if Congress had not gone on this wild spending spree that ended up prolonging lockdowns?

I can’t see how these questions can forever be evaded. We cannot continue to pretend as if they do not matter. We are still struggling to get back what we lost in this dreadful year, and the party in power now looks back not with horror at the results of political panic but rather with a sense of opportunity for all that might be possible in the years ahead. 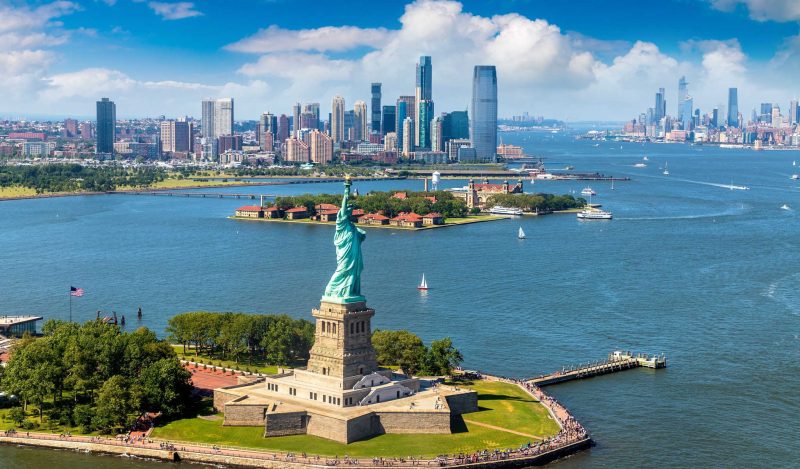