The death of Mikhail Gorbachev this week unleashed a wave of nostalgia for simpler and better times. That’s odd, isn’t it?

Not so much. The freedom revolution that followed his reforms in the old Soviet Union did not turn out as planned. The world never became normal and peaceful as promised. And today, we can only look back on the 1980s with affection for better times.

Back in the day, in the midst of the Cold War, we had an overwhelming sense of the world being held hostage and on the verge of a global nuclear war that could wipe out humanity as we knew it. One wrong move, one bad piece of intelligence, one emotional outburst by a frustrated commander-in-chief, and boom, the world would go up in fire and smoke.

The stakes were so high! It was not just about stopping the end of life on the planet. It was about an epic struggle between freedom (the U.S.) and tyrannical communism (the Soviet Union). That’s what we were told in any case. In our political landscape, much of American politics turned on whether it was wise to risk peace alongside a Soviet victory or go for a full vanquishing of evil from the planet.

The battle over communism defined the lives of many generations. Everything seemed so clear in those days. This was really about systems and ideology: whether society would consist of individuals and communities making their own choices or whether an elite class of intellectuals would override individual plans with some centralized vision of utopia.

In those days, there was no question that we were the good guys and they were the bad guys. We had to spy, fight, build up the military, fund the freedom fighters, and generally be strong in the face of godless evil.

Ronald Reagan was just the champion that freedom needed in those days. He called the Soviet Union an “evil empire.” It drove the left nuts and cheered the base. He also attempted to shore up the American system: limited government (at least in some areas), lower taxes, sounder money, freer trade, and more rule of law rather than rule by administrative bureaucrats.

Then one odd day in 1987, late in Reagan’s second term, he and Gorbachev met and decided that they would together rid the world of nuclear weapons. They were giddy about the idea and the whole world went into shock and amazement, especially their respective advisors who rather liked the status quo. As a result, Gorbachev gained a victory at home – he ruled a poor and restless population sick of the nonsense – that encouraged him to seek more reforms, which only fed the appetite for more reform.

Reagan served his two terms and left office. Then dramatic change hit the world from 1989-90. The Soviet Empire fell apart, gradually at first and then all at once. Gorbachev became the country’s last leader as Soviet communism became plain-old Russian autocracy over time. The world could now be free! And the US could go back to normal.

About ten years later, I met Israeli historian Martin van Creveld. He was a scholar on war and terrorism. He held a unusual view. He believed that the end of the Cold War was a disaster and that the evidence was all around us. He said the world would never be as peaceful as it was when two superpowers faced off with nuclear arsenals. He described it as the perfect game for peace and prosperity. Neither would ever risk using the weapons but the prospect alone made states more cautious than they otherwise would be.

In fact, in his view, this nuclear standoff made the world as good as it could be given the circumstances. He admitted that he dreaded what might happen once one of the two powers disappeared. He believed that he was proven right: the world was headed toward chaos and disaster.

This was before 9-11 unleashed US imperial ambitions as never before. So even ten years later, I simply could not accept van Creveld’s position. That’s because I bought the line that the end of the Cold War was really about a victory for peace and freedom. Russia was free. And with the Soviet Union gone, the US could now safely return to its natural and constitutional status as a peaceful commercial republic, friendship with all and entangling alliances with none.

I was all in on the idea that we had finally reached the end of history: we would have freedom and democracy forever now that we knew that those systems were the best systems. And history would adapt to the evidence.

In those days, many on the left and right in American politics were screaming for normalcy. But there was a huge problem. The US had built up a massive intelligence/military/industrial machinery that had no intention of just closing up shop. It needed a new rationale. It needed a new enemy. It needed some new scary thing.

If the US could not find an enemy, it needed to make one.

China in those days wasn’t quite right for enemization, so the US looked to old allies that could be betrayed and demonized. Early in 1990, George H.W. Bush decided that Manuel Noriega was a bad money launderer and drug dealer and had to go. The US military made it happen.

Good show! What else? In the Middle East, Iraq was becoming annoying. So in 1990, Bush seized on a border dispute between Iraq and Kuwait, portraying the tiny country as a victim of the big oppressor next door. He would have to intervene militarily. The US won that one too.

Now, to be sure, this was not about the US going on some wild new imperial crusade. No no. It was really about punishing aggression just this one time so that the entire world would learn forevermore never to disturb borders again. It was a brief war for peace. It was two weeks to flatten the curve…wait, wrong war. It was two weeks to make the world safe for democracy.

Thus began what became a 25-year occupation. Also wrecked in the meantime were Libya and Syria. Just this week, the palace in Baghdad was ransacked yet again. This once civilized country that attracted the best and brightest students and artists from the whole region is in utter shambles. This is what the US did.

And that was just the start. The US, incredibly, replicated Soviet-style occupation in Afghanistan and ended up staying even longer. This was following the 9/11 attacks carried out as a retaliation against US actions in Iraq in the disputed borders in the Middle East. The Department of Homeland Security came into being and Americans lost vast freedoms though the vast expanse of the security state.

As for NATO itself, it never went away following the end of the Cold War but rather became another tool of provocation that the US could use to poke its enemies. It was too much for Russia, which decided to settle scores in Ukraine, thus provoking US and European sanctions that are driving the price of energy up for everyone but Russia.

All the while, China was on the rise with its new system of communism with Chinese characteristics, which really means a one-party state with no competition and complete control of industry and private life. China showed the world how to lock down to control a virus, and the US copied the idea, unleashing forms of despotism that the US as a whole had never known. Today we suffer the consequences of this fateful choice for control over freedom.

Looking back, the US victory in the Cold War was massively and tragically misspent. Instead of doing a victory lap for freedom and constitutional government — that’s what we believe was the whole damn point — the US used its monopoly on power to go on a global crusade. Whole peoples suffered but for decades we hardly felt it at all here at home. Life was good. The carnage abroad was all abstract.

The pandemic did for state power what not even the Cold War or the War on Terror could accomplish: terrified the population into a level of compliance that meant giving up even the right to educate, buy and sell, associate, worship, and even speak. Not even private homes were safe from the virus police. Not even weddings, funerals, and visits to the hospital were untouched. The Bill of Rights became a dead letter nearly overnight.

With lockdowns and the current political and economic chaos, the global empire has come home to oppress us all in the most personal possible way. We now read tales of life in the Soviet Union and we recognize it all too well. We read 1984 by George Orwell and recognize it in our own experience. This is not what winning the Cold War was supposed to mean.

From 1948 through 1989, the US and Russia were locked in a nuclear standoff. Children were trained to duck and cover should a nuclear bomb go off. People built shelters in their backyards. The enemy was always over there. It was a fight for freedom of tyranny. And yet today, we can only look back with nostalgia for a simpler time.

I’m not nostalgic for the Cold War and I would never want it back. Its end gave rise to a new hope, albeit one that came to be dashed over time.

I am nostalgic for a normal life with a primacy put on freedom, rights, and thriving. A transnational ruling class in government, media, medicine, and technology seem determined to forestall that world from ever coming about again. So yes, I long for the days of a smiling Reagan and Gorby! Together they decided to end the mutually assured destruction of the Cold War. We had no idea just how good we had it. 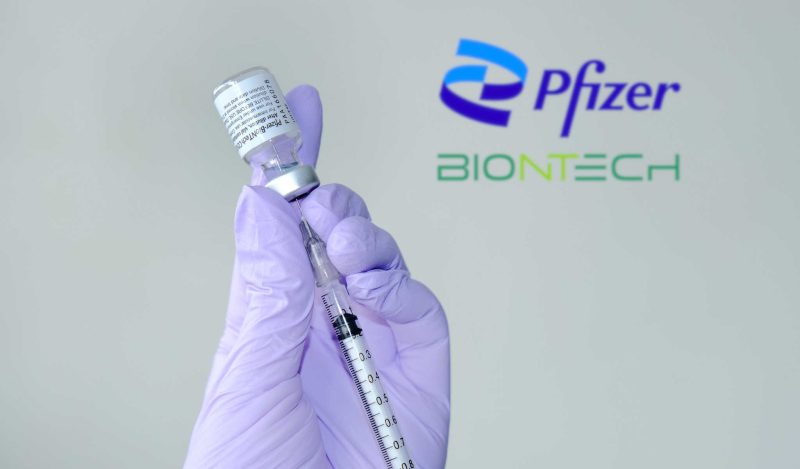