You may have thought the CDC’s loathsome propaganda, designed to spread misinformation to their partners in the purposefully susceptible media, was bad. And it most certainly was.

Their repeated attempts to justify masking through poorly conducted studies throughout the first year and a half of the pandemic, which covered Arizona, Kansas and others, were equally atrocious.

But now a new challenger has emerged, attempting to take the crown of most insidiously incompetent “study” to be released on masking.

And it’s already being shared and promoted by the anti-science crowd, determined to maintain their illusions that masking works and shows demonstrable benefits.

There is no possible justification for anyone to refer to this “review” with anything other than derision, except that one of the world’s most prominent “experts” has already distributed it to his massive following.

It’s important to debunk studies like this, because it’s inevitable that some corporate executive, CDC official, or local school administrator will use it to justify their endless, panicked mandates.

What’s remarkable about this review is that the authors discredit their own work almost immediately.

The poor quality writing is readily apparent, both from their repeated phrasing of “facemasks” as one word, and the fact that of 1,732 studies considered for inclusion, only 13 actually met the criteria.

That’s correct, a mere 0.75% of the studies they apparently examined were actually used to generate their conclusions.

So how many people did this substantial, important, influential, seminal work actually cover?

Facemasks have become a symbol of disease prevention in the context of Covid-19; yet, there still exists a paucity of collected scientific evidence surrounding their epidemiological efficacy in the prevention of SARS-CoV-2 transmission. This systematic review sought to analyze the efficacy of facemasks, regardless of type, on the prevention of SARS-CoV-2 transmission in both healthcare and community settings. The initial review yielded 1,732 studies, which were reviewed by three study team members. Sixty-one full text studies were found to meet entry criteria, and 13 studies yielded data that was used in the final analysis. In all, 243 subjects were infected with Covid-19, of whom 97 had been wearing masks and 146 had not. The probability of getting Covid-19 for mask-wearers was 7% (97/1,463, p=0.002), for non-mask-wearers, probability was 52% (158/303, p=0.94). The relative risk of getting Covid-19 for mask-wearers was 0.13 (95% CI: 0.10-0.16). Based on these results, we determined that across healthcare and community settings, those who wore masks were less likely to contact Covid-19. Future investigations are warranted as more information becomes available.

Yeah, 243. There have been 583,211,225 reported Covid cases in the world to date, with many millions more undetected, and this evidence review covered 243 of them.

A comparison between the two numbers illustrates the absurdity of suggesting that 243 is a remotely representative sample:

Beyond the incomprehensibly small sample size used to generate these percentages, the most absurd part of their conclusion was ignoring that inescapable reality that everyone will get Covid.

Of course, that’s not at all what happened in this instance, and the details make it look even worse.

The studies they collected to include in their “evidence” review were a combination of embarrassingly bad to unbelievably useless.

But before going into the studies they collected, it’s worth pointing out that the conclusions conflated healthcare and community settings.

Sixty-one full text studies were found to meet the criteria, and 13 studies were used in the final analysis. (Figure 1) Frequencies, relative risk, confidence intervals and t-tests were calculated where appropriate, to measure differences between groups who reported wearing masks vs. not wearing masks for the overall study group, as well as health care, and community settings.

It’s the height of absurdity to compare the two while pretending that your results are some kind of definitive, universally applicable data-driven exercise.

But the studies included are where it gets extremely bad.

One of them, in an evidence review designed to supposedly determine the effectiveness of mask-wearing to prevent Covid, was conducted in 2004.

To no one’s surprise, there were no Covid infections in 2004 in Thailand when a full PPE policy was in place.

Better yet, they decided that the CDC’s embarrassing attempt at science, the infamous hairdresser study, should qualify for this exercise:

The audacity of including a study from 2004 and presenting two hairstylists as some kind of useful evidence should be immediately disqualifying.

Although based on their demonstrated standards, it’s no surprise that only testing half of the supposedly “exposed” individuals was enough to meet the criteria for entry.

Another study included used such high-quality methods as asking long-term care facilities to fill out a questionnaire describing their compliance with “preventative measures:”

How is it possible that not one person involved in this examination stopped to wonder if a questionnaire such as this could be prone to bias, especially in July 2020 at the height of Covid panic when masking suddenly became the single most important intervention to stop the spread of the virus?

Shockingly, several poorly designed studies from China were included that demonstrated the benefits of mask-wearing, with one example apparently using “social network analysis.”

As pointed out on Twitter, one included piece of “evidence” had nothing to do with mask-wearing at all:

You can clearly see the relevance of a paper on protection provided by gas masks while performing a tracheotomy is to prevent the spread of COVID.

It’s notable that the evidence review references two charter flight studies, although as mentioned in the tweet, this had nothing to do with a charter flight.

What appears to have happened is that the authors copy-pasted the same explanation onto two different studies. It’s easy to see how thorough and well-considered their work was; not at all sloppy or shoddy.

Not to mention that the actual charter flight examination involved 11 people who were all wearing masks.

It’s impossible to judge how effective masks are or aren’t, when you’re not comparing to people who aren’t wearing masks.

Also ludicrous is the fact that there are literally zero included studies after July 2020.

They also lumped together community examinations with individual ones.

From every possible angle, this is a disgraceful, demonstrably incompetent attempt to promote masking, with zero merit.

So it’s been ignored by “experts” and other prominent media figures, right?

Of course not!Naturally, the “study” was shared by the German Federal Minister of Health, Karl Lauterbach:

The translation, according to Google, reads as below:

For everyone who is still unsure whether masks protect against COVID: here is a new American mega study that evaluates over 1,700 studies. The benefit of the masks is very large, undisputed and applies to many areas.

This is the danger of misinformation.

People in positions of authority in major countries are sharing this study as if it contains some dramatic new revelations about the effectiveness of masks.

It’s ludicrous and unsurprising at the same time.

While not as important as a “Federal Minister of Health,” the study first gained prominence thanks to writer Maggie Fox, who gleefully shared it since it confirmed her biases.

Fox’s profile description starts by saying “Facts matter,” and continues with “truth is not liberal bias.”

It speaks to the remarkable ability of committed ideologues to ignore reality, “facts” and “truth” by sharing misinformation which conforms to their preconceived notions.

Masks must work, because my ideological heroes say they work, therefore I will share absurdist performance art as some kind of proof that my heroes are correct.

Meanwhile, well-conducted studies that show no benefit to masking are ignored.

The continued push for masking against all scientific data and evidence has led to absurdist studies being promoted and distributed.

This wouldn’t be as significant an issue, if not for the fact that the information channels used to disseminate this misinformation are the ones religiously frequented by politicians, executives and school administrators.

Obsessive commitment to ideology over evidence has caused immense harm to students, corporate employees and millions of citizens across the world.

Germans will likely face reoccurring mask mandates in fall and winter because the Federal Minister of Health is incompetent enough to believe pseudoscientific nonsense.

Even in the United States, it’s a significant concern that permanent mandates will be enforced by many prominent corporations.

Is this just going to be permanent now? Are these delusional corporations going to continue listening to incompetent “experts” who haven’t been right about anything for 2.5 years?

There are no innocuous pro-mask “studies;” each of them contributes to confirming biases of deluded decision-makers who refuse to accept reality.

As more studies emerge, it’s even more important to debunk their conclusions to ensure that rolling mandates do not become a permanent feature of daily life. 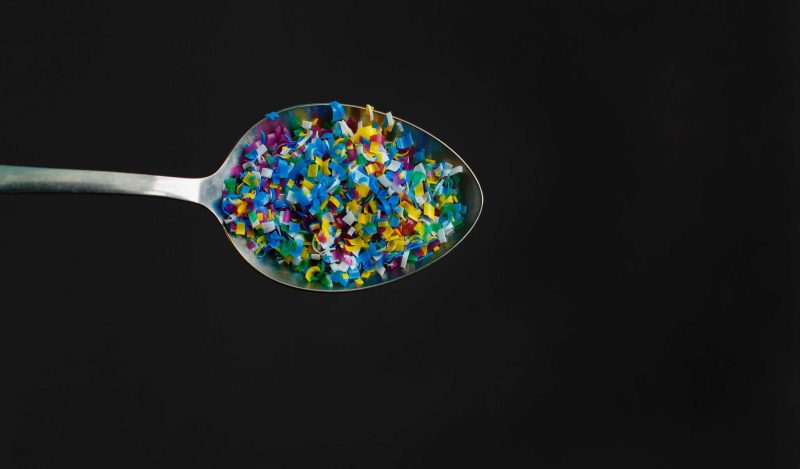 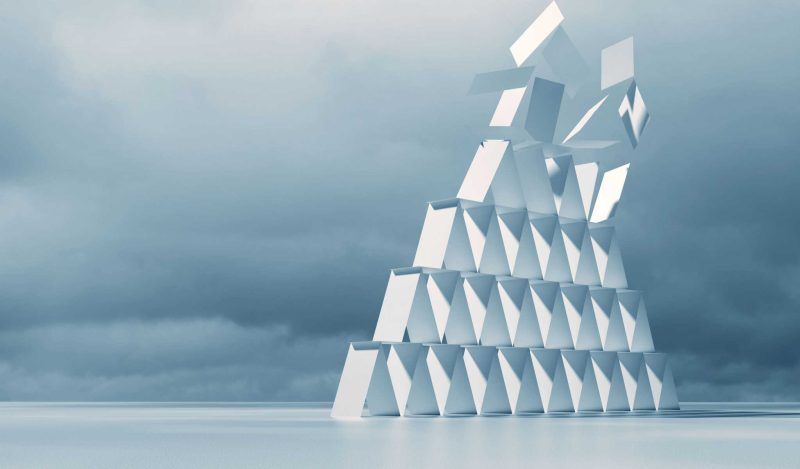 For years, the media, “experts” and politicians have created narratives that mask mandates don't work in the US because of lack of compliance. 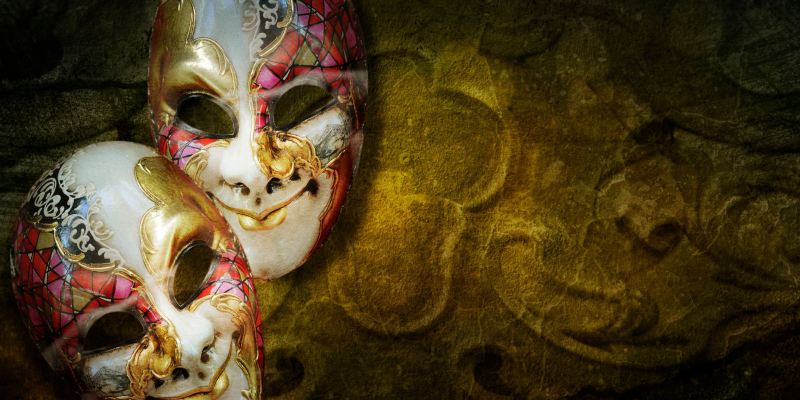 It’s even more important now to continue to document how useless masking is at preventing the spread of COVID. The longer institutional misinformation goes unchecked,… 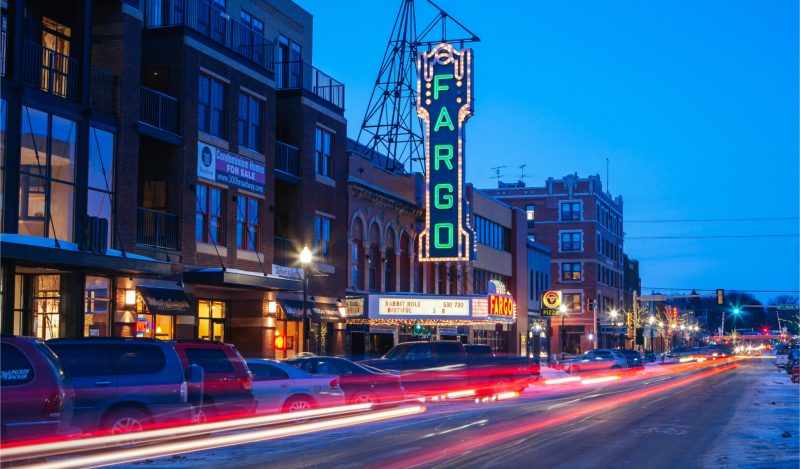 There was no statistically significant benefit to mandating masks in schools, in a comparison between two school districts located right next to each other, sharing…