The new inflation numbers are out. It’s 8 percent on consumer prices, or so they say. Not even that is believable. More likely, it’s already double digit. The US president blames Russia, clearly hoping the Americans are too dull to understand timelines or economics.

Let’s look at the bigger picture. The US has imposed absolutely brutal sanctions on a country whose freedom from Soviet domination it celebrated only 30 years ago. These sanctions are typical of the type; they harm average people in all countries, while the ruling class in all countries is given an opportunity to scapegoat foreigners for domestic problems.

What they otherwise achieve is never clear. History gives us precious few examples of economic sanctions that inspire domestic reform that wasn’t already in progress. Still, we impose them, if only to “Do something.” We’ve been here most recently with this model of policy. “Do something” seems to mean to do something damaging that does not address the underlying problem. See: Covid.

Meanwhile, our information flows are being severely restricted. Russia Today America, with its expansive offices in DC and mostly-American staff, has been shut down completely. By whom, and the exact circumstances, is still not clear.

It was a hugely popular station. Very high quality. You can say “Oh it was Putin propaganda” but I never experienced that. I appeared often, and have for years, on the financial show “Boom Bust” along with some very good reporters and commentators, including my friends Ben Swann and Rachel Blevins.

It was one of the few independent journalistic outlets that offered alternative points of view. I was never censored, not once. Some shows offered extended discussions that allowed me to debate and speak for 20 minutes or more, which is basically unheard of in American media. “Boom Bust” in particular reported on subjects that others don’t cover, like the crypto industry and the real status of inflation, and other subjects.

Did they get government funding? Yes, and so does the BBC, PBS, NPR, and the Canadian Broadcasting Corporation. Every country has a state-funded media outlet. Oddly, they are often more independent than the ostensibly private media sources. A FOIA request also just revealed that all the major media outlets in the US received massive funding from the Biden administration to promote government virus propaganda. So there’s that.

YouTube has quickly followed up, censoring all content from Russia Today on its US platform. You are not even allowed to know. That action is emblematic of Big Tech generally. It’s been a stunning reversal. The libertarian ethos that informed the founding and building of these companies has flipped to the point that the censorship has become brazen, ruthless, and relentless. What government cannot get away due to judicial checks has been effectively outsourced to ostensibly private companies that take their marching orders from the powers that be.

In foreign relations, here we are today: the US is in a de facto but undeclared war with Russia. No one calls it that, but that’s what it amounts to when the US is providing armaments through intermediaries to the forces that Russia is battling on its border. This intensifies and escalates conflict, same as sanctions. The dangers right now are intense, on all fronts. It’s not clear that decision makers even understand what they are doing.

Or maybe they do. Since the end of the Cold War, the US military-industrial complex has been searching for a reliable enemy that the US population could hate, as a way to distract from the misdeeds of the political elite at home. After decades of cycling through them, it appears that the old enemy was the best enemy. And with a small turn of a dial, vast swaths of high-end opinion are exclusively focused on the terrible plight of Ukraine.

Meanwhile, gas prices are at a 40-year high. Inflation is now arguably higher than in a century. The US president blames it all on Putin, even though the Biden administration itself has worked since taking office to curb US fossil fuel production. Today, the same administration is blaming the US oil industry for not producing enough!

It appears that the prosperity and relatively low inflation plus economic growth — never as great as it could have been but not entirely shabby — of the last 40 years has come to an end. Even more than that, we can go back 70 years and observe that the ethos of policy reform has taken a dramatic shift in a different direction. It seems more obvious in retrospect to what happened here, even if it wasn’t entirely visible until now.

Here are the important dates in the briefest possible form.

1948: The General Agreement on Tariffs and Trade passed as the main structure for bringing about global free trade as a means of reducing the likelihood of war. It was never fully free, but the long-run trajectory was toward ever lower tariffs and barriers and ever more internationalization. This became a major contributing factor to building prosperity. It’s in line with Adam Smith: the more extensive the division of labor, the more gains to efficiency and wealth.

Decade after decade, the system produced fabulous prosperity, even in the midst of the Cold War. The nuclear standoff between the US and Russia, mostly mediated through diplomacy, paradoxically forestalled World War Three, and assured that most conflicts were regional. The secular trend in the US was toward rising stocks and rising wealth.

1989-1991: Unexpectedly, the Soviet Union completely fell apart. The Berlin Wall fell. Eastern Europe threw off the yoke. New nations were created out of old ones. At the same time, China had made enormous progress in opening up economically. This combination of events introduced billions of people to the world economy, drove up production, stabilized wages, and led to a new era of astonishing growth.

1995: The web browser was invented and the digital age began. The world was connected. New opportunities for entrepreneurship and innovation were everywhere. Competition intensified. Markets for everything exploded. The dollar was the king of the world. The Fed had new opportunities to expand money printing because the markets were everywhere and expanding. We avoided inflation generally. Americans and the world benefited enormously. It felt like there would be no end to the progress.

2001: The new millennium brought hope and tragedy, signifying a fork in the road. China joined the WTO even as the events of 9-11 spawned a series of millenarian US military crusades that drained lives and resources in the US, with multiple unwinnable wars. There were precious few apologies. But the message became increasingly clear: the empire would not normalize into a commercial republic. Instead, it would hunt for ever more new crusades.

2018: Donald Trump embarked on his long-promised protectionist campaign, slapping tariffs on everything, pulling out of trade treaties, inveighing against any government with whom the US carried a trade deficit, creating a digital iron curtain with China, and generally violating every precept of the postwar consensus. He did a lot of good in other areas of policy to be sure, but his personal and wild fixation on economic nationalism was his passion and prize. It didn’t work either. It only increased prices for goods and services in the US and increased international tension. It also led to a target being put on his head. This was the beginning of the end. China’s CCP turned more inwardly hegemonic and outwardly aggressive.

2020: I don’t need to recount the grisly and grim details of this horror-filled year. It was shocking, with hundreds of thousands of businesses being destroyed, kids losing two years of education, along with massive demographic upheaval and cultural demoralization, all in the name of virus control. The Federal Reserve accommodated Congressional spending like never before, guaranteeing a future of inflation. That should be unbearably obvious now but, truly, it was denied back then that this would be the outcome.

Here we are today, back decades in a de facto war with Russia. What poetry! What madness! The progress of 70 years has been fully reversed in a mere four years. Both parties are implicated. It’s a new age of illiberalism, a much darker age. It can get much worse. The dangers are hugely present all around us today. We don’t really know how the public is going to respond to living amidst the dramatic weakening of the currency, and the end of the American empire.

I asked a historian last week how previous empires dealt with decline, speaking in particular of Spain and England. He said that it is never obvious in the generation that most directly experiences the new chapter in history. Everyone pretends that the glory is still there and that nothing has really changed. It can take a century or more before the realization sets in that the empire and the good-old days are fully gone.

The history I just summarized pretty much covers the life of almost all Americans alive. We truly did not know how good we had it. The world we are entering now is unlike anything we’ve previously experienced. Maybe two years ago, there was a chance to dig our way out of this pit of hell, but that seems ever less likely with each passing day.

Or perhaps I’m too pessimistic. History does not have a single trajectory. As quickly as the descent into madness occurred, there remains a chance that popular opinion could force a reversal, a renewal of human rights, an appreciation for international cooperation and diplomacy, new limits on government, and the application of reason instead of frenzy and propaganda in matters of policy.

We must hope, pray, and work to make it so.

The solution is not complicated. We need a renewed appreciation of human liberty and rights. That’s it. That is the whole prescription. It does not… 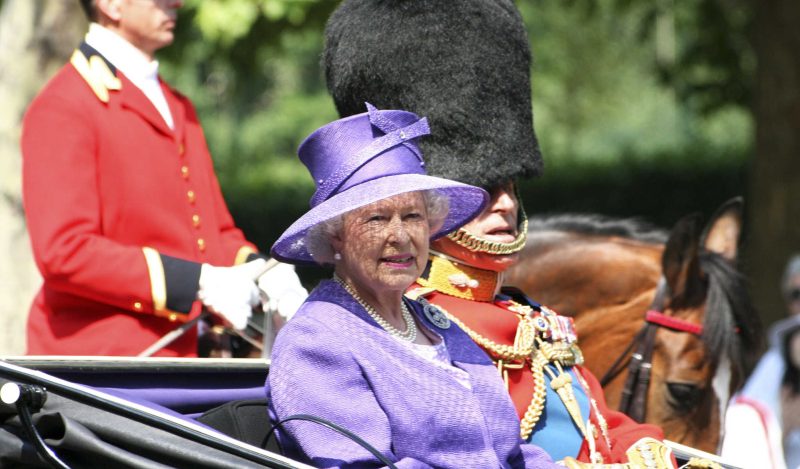 The Queen acted always with great restraint, and never upon others in a way unconsented to, whatever her own views were. Modern politics, driven by…