In a TV program aired on July 31, 2022, a Japanese celebrity who once served as a prefectural mayor and as a congressman said that those not wearing a face mask were “bellicose.” For a public figure who, regardless of what he thinks of himself, must be prudent in his words and deeds, the utterance was so careless and discourteous that I guessed that the program’s producer might have forced him to drink before broadcasting.

But indicting him is never my point (I have respect for him, which is why I do not refer to his name). I suppose that his ordinarily superb intelligence would have let him later recognize that most of the people whom he impetuously disparaged should be as decent as those whom he deemed as more reasonable at the moment. Also, he would have repented that he, having a criminal record including a violent assault as well as a case of child prostitution, made a thoughtless use of the word “bellicose.”

The blunder should be viewed as just one of similar incidents which have occurred during these two and a half years, when people have fought innumerable battles for discursive supremacy. To put it in more direct terms, as to the issues related to Covid-19, we have incessantly and often peremptorily said, “Your position is false,” and “Ours is right.”

Of course, similar skirmishes have been constantly waged by our forebears since time immemorial. Yet, in respect of the vehemence with which one denounces those who abstain from sympathizing with one’s opinion and sentiment, few periods in human history can evenly match with the last couple of years.

Admittedly, both not a few of the people constituting the mainstream—i.e., those who either embrace or acquiesce to apparatuses of what Giorgio Agamben has termed “biosecurity” —and many of those distancing themselves from the dominant attitude should probably know that the present circumstances are far from sound and ought to be redressed as soon as possible.

Still, it has been rare for the opposing sides to have a constructive dialogue through which each acquires a better understanding of the other. In reality, they have frequently vilified one another.

It is bare power or the numerical preponderance that has become the supreme criterion for deciding what is right, and the members of the weaker bloc have been demonized to the extent that more than a handful of pejorative labels denoting them—e.g. “covidiot” and “anti-vaxxer”—have been devised and abused.

It must require exceptionally assiduous exertion to comprehend the nature of this dire situation and to straighten it out. Aspiring to make a contribution to the endeavor, in this article I take a stroll into a series of theoretical discussions on the philosophical concept of “Ideology in General,” for a survey of them will enable us to obtain a fresh perspective on the matter of what it is, in the first place, for us to judge a view right or wrong.

Let us proceed step by step. Those who have read a book of intellectual history should have seen the name of the inventor of the abovementioned notion, namely Louis Althusser, and they probably remember the French savant as a revolutionary interpreter of Karl Marx’s texts. Meanwhile, it would be less famous that his oeuvre includes a thesis handling ideology as its primary topic, which is “Ideology and Ideological State Apparatuses (1st chapter)” (1970). This is the very text in which Althusser introduced Ideology in General for the first time.

The essay, however, would come across to most readers as excessively abstract as well as too terse, though one who has an uncommon prowess in construing a philosophical text may be able to intuit its gist. Whist Althusser himself seems to have been conscious of his account’s imperfection, describing it as a “very schematic outline” of “Ideology in General,” he, at any rate, did not flesh it out in his later pieces, in which he chiefly strove to develop what he called “aleatory materialism.”

But it is not the case that Ideology in General has been neglected. An inspiring thinker, Althusser had numerous followers across the world. Among them was the Japanese philosopher Hitoshi Imamura, who wrote three book-length studies and a decent number of papers thematizing Althusser’s philosophy.

Unlike a mediocre scholar who writes about a distinguished foreign thinker, Imamura did not content himself with introducing his compatriots to Althusser. He succeeded in not only sophisticating but also perfecting some of the ideas that Althusser had first propounded but left rough-hewn. Ideology in General is exactly one of them.

Let me directly get to the pith by quoting the finest passages of Imamura’s many superb elucidations of the concept . We should first look into one in which he emphasizes that Ideology in General is altogether dissimilar from what we would normally conceive of when seeing the word ideology:

“The concept of Ideology in General that Althusser proposes never means a false consciousness nor a class worldview on which Marxism has debated traditionally. There are indeed types of knowledge that provide distorted pictures of society and the world, and there are ideational forms that straightforwardly express interests and experiences of specific classes; still, they are often patterned idioms or world visions modeled upon ‘theoretical formats’. There is really an order of mind that is on a level totally different from that of these; that is Ideology in General”.

Need I say, this is a delineation of what is not Ideology in General and ought to be regarded as preliminary and subordinate to ones that positively define it. Let me consecutively quote the two best of them:

“The essence of Ideology in General is equal to that of human existence. As to this, Althusser says: ‘Ideology represents the imaginary relationship of individuals to their real conditions of existence.’ To paraphrase a little, inside of ideology humans represent their real living conditions in an imaginative form”.

Even those who are globally eminent for their mastery of Althusser’s philosophy like Étienne Balibar and Pierre Macherey will find nothing to be added or taken away in this version and be immensely impressed, for it encapsulates the quintessence of the guru’s original discourse in language accessible to the public but without oversimplification.

Therefore, I should refrain from providing a redundant commentary, and, instead, forthrightly draw an actual lesson that is momentous for the world where the legitimacy of an argument has degenerated into a matter of whether it is major and many people daily succumb to the seductive impulse to assert, “You are wrong.”

What Imamura’s elaboration on Ideology in General urges us to apprehend is, first, that every one of us is an ideological creature that is always and already within a set of dogmatic assumptions, and, second, that our being as such is an existential condition that we must accept as that which is ontologically inevitable.

This realization will, in turn, make us able to profoundly reflect on ourselves whenever we feel inclined to cavalierly dismiss someone’s view as untrue, erroneous, or wrong.

There may be a few who suspect that I recommend a form of radical relativism according to which one has to esteem any opinion as equally right. Although I readily admit the concern to be reasonable, it is not the case. What I want to derive from Imamura’s rendition of Ideology in General is not that we should relinquish all hope of achieving a dialectical understanding with others but that the primordial finitude immanent to our essence disqualifies anyone from assuming him- or herself to be owning the objective yardstick. Disheartening as this recognition might be, that is the precise point of departure from which one can begin a genuine dialogue and to which one can return even when one is cross with one’s interlocutors.

Lastly, let me get back to the ongoing controversy over Covid-19 and, based on the above discussion, offer two final remarks. The first, which one will count as rather restrained as well as predictable, is that both the majority who, whether eagerly or reluctantly, allows the biopolitical machinery to hold directive sway over people’s thought patterns and over their choice of possible courses of action and the minority who resists should be mindful that their estimation is sure to be epistemically skewed.

However, as to the case in hand, it would be hypocritical and irresponsible of me to be content with delivering such a soft insistence. I must not be heedless of various sorts of disparity between the two camps, especially those in might and authority.

The celebrity I touched on in the initial few paragraphs is only one among many who indiscreetly exploit their considerable influence to create the tide favorable to the majority, and anyone who is alert to our past should have noticed the ire with which the stronger have striven to silence and extinguish the weaker has a smack remindful of those historical conflicts in which the party that was more powerful in number, status, and force and thus passed as righteous would later turn out to be tremendously disastrous.

Hence, I venture to submit an ostensibly partisan assertion that it is the majority that ought to sheathe the sword first—though it goes without saying that once the majority has done so, the minority must immediately follow suit and commence a reasonable parley.

I fully know that this contention would exasperate some of the pro-biosecurity people; yet, I make it clear that this averment is propounded not as an objectively justifiable statement, which, as Imamura amply proves, is simply impossible, but as a suggestion that is unavoidably laden with ideological convictions, or rather as an invitation. 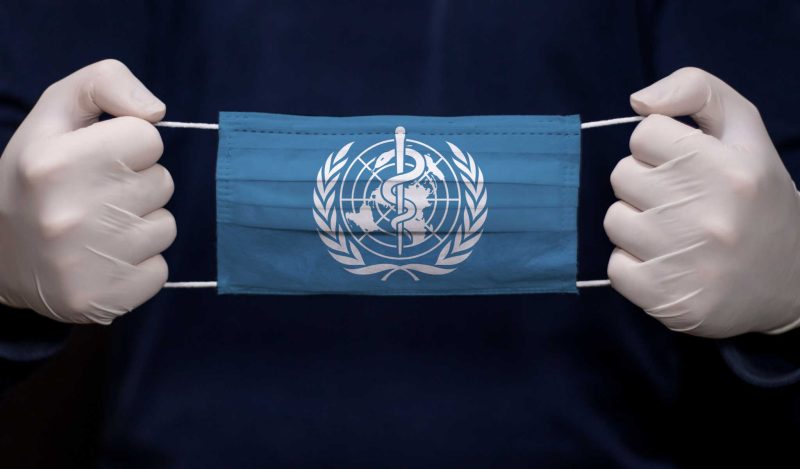