With the exception of what remains of the Silent Generation (born before 1946), Generation X is the “smallest” of the generations alive today. There are fewer of us than there are Boomers, Millennials or Generation Z. I sometimes wonder to what extent my being one of that smallest generational minority contributes to my increasingly feeling like a stranger in my own land.

I don’t live on social media.

I prefer simplicity to technology and life in three dimensions to curated representations of it in two.

I do not take photographs of myself or post details of my personal life to those who have not expressly asked for them.

I am completely comfortable in my masculinity.

I laugh at off-color jokes without a tinge of guilt.

I believe that offense is always taken and never given – so I don’t get offended.

I grasp opportunities to engage with ideas that make me uncomfortable because I find they provide the best opportunities for growth; I pity those who avoid such discomfort.

I enjoy knockdown arguments about issues I care about and don’t take them personally.

I would give trophies only for winning.

I resent being politically messaged at when I am going about my daily business, such as buying groceries or getting on a bus.

I hold that the only diversity that really matters is that of perspective, and am sorry that the prevailing discourse on diversity is, ironically, so undiverse and unimaginative.

I would never demand that anyone talk about me using words other than the ones they choose, because I believe that freedom of thought – even the freedom to call me an idiot of whatever gender – is more important than getting people to pretend to respect me.

And I experience most of the above as part of being an emotionally mature adult.

Being human, of course, I would be happier if so many cultural trends of today were not opposed to my dispositions and preferences. The fact that they are, while causing me deep concern, has not yet caused me to give up hope or to stop working to promote my values in society at large.

Even so, I am now less of an optimist than I have ever been – on account of a phenomenon that is more general and fundamental than any political or cultural trend or issue of our time.

It seems to me now that a condition that is both necessary and ultimately sufficient for the destruction of all that is good in the Western way of life and all that guarantees peaceful coexistence with others may have already been met.

It is a condition the meeting of which is the sine qua non of all of the significantly destructive cultural and political trends of our time. It is a condition the meeting of which has the potential to throw into reverse moral and intellectual progress. And it is a condition immune to institutional resistance or reversal because it remakes institutions, manifest as it is in the minds of the individuals who populate them. It is a moral condition – concerning not any particular moral claim, question or behavior, but the very meaning and experience of morality at all.

This weakening of personal morality manifests repeatedly as moral cowardice in the face of policies and practices that cause discomfort of conscience whenever resistance to them comes at a personal cost. Increasingly, comfortable Westerners of the English-speaking world seem willing and able to rationalize away the moral compromises they make when they comply with – and thus lend the weight of their own moral agency to – social and cultural norms, expectations and mandates that offend the values that they otherwise like to believe that they hold.

Such moral cowardice, when sufficiently ubiquitous, might alone suffice to destroy a society, but perhaps it does not necessitate such destruction as much as allow it. The destruction of a way of life is guaranteed only when the positional morality of the minority takes hold of the culture as the morally cowardly majority chooses convenience over conscience and complies.

Personal morality influences and constrains one’s political views because it respects the moral agency, and therefore the moral value, of others. Positional morality, in contrast, disrespects – or even denies – the agency of others because it locates morality only in compliance with its positions.

Those positional moralizers who would tell the rest of us what to do succeed inasmuch as the rest of us comply with their demands against our better moral judgment. We do so when our personal morality is too weak to pay the price of non-compliance.

I’m talking about people who vote for leaders who they know have behaved in ways they regard as immoral – and they would discipline their own children for displaying.

I’m talking about people who criticize non-members of a group with which they identify for actions or views they dislike, and yet make no judgment of members of their group for exhibiting the same actions or views.

I’m talking about people who believe in free speech and yet go along with requirements to declare what words others should use to refer to them.

I’m talking about parents who are concerned about the sexualization of children and yet do not intervene when they see exactly that going on at their schools.

I’m talking about educators who are concerned with expanding minds and yet stand by when their institutions, or the people within them, actively prevent those who wish to hear an unorthodox argument from doing so.

I’m talking about people who stand by as the very meanings of the words they have used for a lifetime are changed by legislation for political purposes, and others are punished or persecuted for using them with their original and common meanings.

I’m talking about people who won’t admit in public that something they’ve laughed at in private can acceptably be said for that very reason.

I’m talking about people who happily accept back as privileges for themselves what they used to regard as rights for everyone.

I’m talking about people who believe in bodily autonomy but accept a compelled medical intervention to keep their job.

Whereas personal morality constrains how one treats others, positional morality allows people to treat others as badly as they choose as long as the views those people expound are deemed “unacceptable.”

Morality can be complicated, difficult and nuanced as it applies to all the intricacies and variations of the experiences of myriad complex humans. The morally serious often prefer not to take a firm position on an issue that has many sides, especially when such a position would have further implications that raise yet more questions of principle or difficulties of implementation. In contrast, positional morality – which is a kind of hollowed out pseudo-morality – sets no store by the deeply personal process of moral reasoning: it judges people based only on their adoption of, or failure to adopt, its preferred positions.

An interesting question arises regarding how we have arrived here: what factors have, for so many individuals, changed the very experience and idea of morality to something that constrains and judges not themselves but others?

The question is too big to answer: there are too many variables and factors, known and unknown, to identify before any remotely satisfactory answer can be given, but a couple of very general points suggest themselves.

First, the positional moralizers began taking over public education systems two generations ago and now (assuming a strong correlation between positional morality and commitment to Leftist ideologies that explicitly use such morality to justify its political goals) represent a supermajority of all teachers, including, in particular, academicians in the humanities.

Second, the positional moralizers have disproportionate ownership and control of the cultural commanding heights of the media, Big Tech, and (still) education. Controlling the most influential platforms, they use them actively to censor perspectives that run counter to their approved positions, and to promote those of their friends in government and its agencies, where the most powerful and unaccountable positional moralizers of all tend to be found.

Those (very broad) phenomena (among many others) have likely enabled, and now help to maintain, the high price to be paid for moral courage and the payoff for compliance. They have done so, in part, by silencing those who try to cleave to fundamental values that until just a few years ago were rightly held to be those on which the peaceful survival of our society and the well-being of all of its members depend. These fundamental values include a commitment to Truth, freedom, and equal respect for the agency and conscience of every individual, wherever it may sincerely lead her.

Fortunately, we do not need to understand in great detail how we got here to be able to solve the problem. Just as the degradation of our society and its values, whatever the contributing factors, depends on the compliance of enough individuals, its reversal depends, obviously, on non-compliance, which is to say moral courage.

Moral courage is risky: it has a price, which is why it is called courage. As Aristotle famously declared, “Courage is the first virtue because it makes all other virtues possible.” If that is true, and it is, then the power to reverse attempts to remake Western society into one devoid of the fundamental moral values that enable all individuals to thrive peacefully lies ultimately – and only – within each individual.

Where does such courage come from? It comes from the most personal quality of all, called integrity.

Politicians, sociologists and pundits can well point to social, cultural and political factors that drive societal change – but each such change is mediated by the choices of individuals. When the better alternative according to conscience burdens the person who chooses it, that person’s choice reduces to one: to be complicit or courageous.

Most of the time, as we are going about our business, we do not face such choices, but increasingly these days regular people are encountering situations in which something of moral import is at stake and they know it in their heart of hearts (as much as they might wish they did not).

At those times, refusing to go along with some norm, expectation or demand has a personal price and requires courage, while going along makes for an easier life, but is also to declare one’s moral agency, and arguably therefore one’s moral value, to be worth less than that price.

At those times, therefore, to comply is to be complicit.

And to be complicit – as so many of us are so often today – is to become morally responsible for, and an agent of the irreversible demoralization (in both senses) of the West.

By closing the church door to the unvaccinated, many were embracing a malicious apostasy that we have not seen since Franco. From July 2021 to… 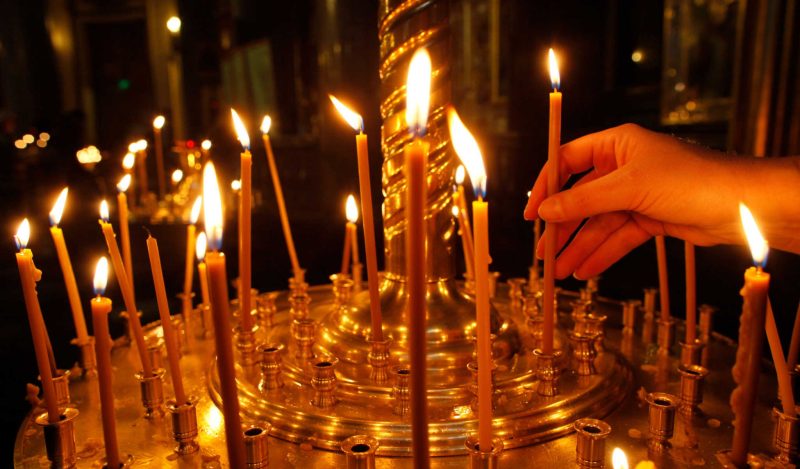