Remember when the COVID vaccines were going to entirely prevent infections?

Those were the days, right?

Joe Biden said that if you got the vaccines, you wouldn’t get COVID. Dr. Fauci said the vaccines were 100% effective. Rochelle Walensky was on television news explaining that according to the real world data collected by the CDC, the vaccinated could not get or spread COVID.

There are endless examples of experts and media outlets parroting the same talking points — the vaccines stop the spread of the virus to others, making the decision to get vaccinated a societal “good.”

They could not have been more wrong — the vaccines conclusively do not stop transmission or infection.

Instead of accepting that inarguable reality and accurately communicating that getting vaccinated was exclusively an individual decision that did nothing to keep others “safe,” the self-proclaimed infallible leaders of The Science™ doubled then tripled then quadrupled down.

Throughout the summer and into early fall, colleges, corporations and politicians imposed vaccine mandates based on the misguided assumptions emanating from the supposed “expert” class.

When the fall and winter/Omicron surge unfolded, it permanently put to rest any lingering doubts about any of the vaccines preventing infections. Instead of deciding to end their policies and blaze a path back to normalcy, these same businesses and universities inexplicably mandated boosters.

It’s bad enough that organizations supposedly committed to personal “choice” abandoned any pretense of intellectual consistency, but what’s more alarming is that evidence and data continues to accumulate indicating that vaccinated individuals are testing positive at higher rates, yet the policies continue.

Many corporations still require proof of vaccination to enter offices. Universities are still requiring proof of a booster dose for 18 year olds at near zero risk of serious illness.

Recently, research from Cornell University described how ineffective mask mandates were, but by examining another major university’s COVID data, we can see how ineffective their mandates are.

Below is the official policy of one of the country’s leading public universities, mandating a vaccine that exclusively provides personal benefits:

The University of California requires that UCLA students, faculty and staff who are living, working or learning on campus or at other UCLA properties be vaccinated against COVID-19

They even proudly state how few exceptions they allow, forcing near universal compliance:

With limited exceptions and accommodations for medical reasons or religious beliefs

Of course, their own data shows how preposterous, inexplicable and bizarrely authoritarian their mandate has become.

The percentage of positive tests from UCLA on campus testing highlights the incongruence of reality with their policy:

They already knew that their vaccine mandate was not preventing a dramatic increase in the rate of positive tests. They knew. And they mandated boosters anyway.

I guess when power hungry administrators have an opportunity to continue to enforce what they positively know doesn’t work, they’re inclined to do just that.

Unsurprisingly, it gets worse.

Thankfully, UCLA provides a breakdown of the percentage of compliance among different populations on campus:

It’s hard to be more vaccine compliant than that.

Meanwhile, “only” 87% of faculty/staff are considered “fully vaccinated” by UCLA, well below the student rate.

They also provide the number of cases by demographic:

Remember, 98% of students are “fully vaccinated.”

Now, you might be thinking that this could be at least partially explained by student conduct. Students are more likely to engage in social activities and “riskier” behavior, but that further enhances the point that their vaccination and boosters are doing nothing to prevent them from catching or spreading COVID while engaging in normal collegiate life.

While there could be an argument made that enforcing a high rate of vaccination might contribute in some way to preventing a severe case or two amongst a generally young, healthy student population, amongst predominantly the male students, there’s also a small but present risk of myocarditis complications.

And again, well after it was abundantly clear that the vaccines were unable to prevent transmission, UCLA leadership decided to move forward with a booster mandate regardless.

Of course, corporations are continuing to enforce the same policies — many entertainment industry employers, for example, are requiring proof of vaccination and booster for new hires.

National testing data collected from Walgreens continues to debunk the necessity of that policy as well:

Outside of those who were fully vaccinated within the past five months, the “not vaccinated” group is testing positive at the lowest percentages.

Boosted adults who received their third shot more than five months ago have the highest rate by a significant margin.

It’s not just the United States either. Australia, formerly regarded as a COVID success that “practically eliminated” the virus with science, has seen deaths rise dramatically well after achieving exceptionally high vaccination and booster uptake:

Looking closer at the state of Western Australia though, further shows how utterly indefensible these mandates are.

But more impressive is the rate of booster uptake; 80% of adults have had a booster shot in Western Australia.

How’s that working for them?

This is not a new phenomenon either, by early-May, cases had risen to one of the highest levels seen anywhere:

It’s not just cases either. Hospitalizations have risen from 0 on February 19th to 326 on May 22nd, remaining at 290 today.

It’s a similar story in Chile, where 92% of the entire population has been fully vaccinated:

Why are vaccine and booster mandates continuing?

Every available data point shows that vaccines and boosters do nothing to prevent infections or slow the spread of the virus to others.

Everywhere you look, the data are abundantly clear that these mandates achieve nothing to protect others. There is no justifiable reason for maintaining these policies which will continue to foster division, discrimination and erode trust in public health.

At a certain point it begins to feel as if spite and the obsession with controlling the behavior of others are the only possible explanations. The people who lead these organizations know the data; it’s impossible to believe that the chancellor of UCLA is still oblivious to the fact that vaccines and boosters aren’t stopping the spread on his campus.

They all know it. It’s unequivocal.

So how they can they justify continuing to force parents and young adults to comply with these mandates simply to attend school?

It’s a thoroughly discouraging question with an equally discouraging answer. They overlords simply don’t care. Compelling behavior might be its own reward. Declaring their allegiance to the group of enlightened progressives that determine national discourse in the news media and entertainment might be another explanation.

There is no explanation that justifies these mandates. But those in power no longer need explanations or justifications, just the support of a willing media and political class captured by a delusional ideology. 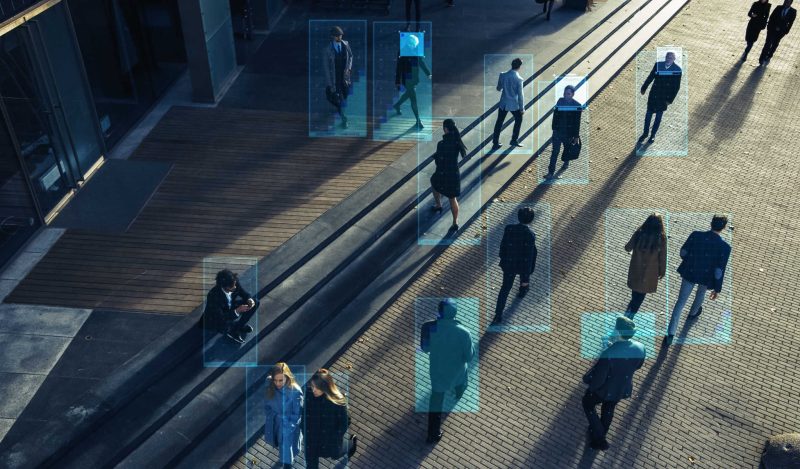