Pretty much everyone out there has some familiarity with the Milgram experiment, the study conducted at Yale University in 1961 under the direction of psychology professor Stanley Milgram. The idea of the experiment was to test the extent to which people would be inclined to dispense with whatever moral scruples or empathic instincts they might have when asked by an authority figure to inflict pain on innocent people.

To the surprise of many, well over half of the of the individuals (termed “teachers” in the experiment) tasked with enforcing the torturous will of the authority figure (termed “the experimenter”) on the third-party participants (termed “students”) in the experiment did so with brio and little apparent consternation.

All of the victims (“students”) in the experiment were actors. Even with this being so, a seeming plurality of contemporary scholars have concluded that the professor’s mise-en-scène was unethical because he violated the prohibition against the use of deception in experiments with human subjects when he made the “teachers” believe they were actually meting out pain to the students.

You’ve got to love the ever small-bore nature academic minds, don’t you?

They are able to endlessly parse the possible deleterious effects of experiments on human subjects when serving on college Institutional Review Boards (IRBs), and can engage in spirited debates about the ethics of one of the world’s most famous and telling psychological experiments more than fifty years after the fact.

But when it comes to using their exquisite training to look at what is, by far, the largest experiment on human subjects in history (the lockdowns and vaccine mandates)—one that clearly violates the core ethical tenets of informed consent and medical necessity, not to mention the US laws governing the administration of EUA products and the EEOC guidelines on the use of coercive incentives to achieve vaccine uptake—they mostly have nothing to say.

But even more troubling, if that is possible, is their widespread failure to recognize and harshly condemn what has been, in effect, the staging of a massive new version of the Milgram experiment in our time, wherein government officials, the media and medical experts actively and quite blithely encouraged the infliction of pain upon those citizens who were simply uncomfortable with being forced to take highly experimental drugs with no proven track record or safety history.

Got a family member who actually did some homework on the injections, and knew they were never expected to protect against transmission? No, problem, ban him from Thanksgiving and all other family gatherings and suggest to others behind his back that he’s gone off the deep end.

Got a previously-infected colleague with enough intellectual confidence to do her own research about the concept, and thus see through the transparent lies spread by government agencies about the quality and duration of that protection infection and serious illness? No problem, label her an ignorant anti-vaxxer and cheer your bosses as they show her the door for non-compliance. This even though she is, Covid-wise, probably the safest person to be near in the workplace.

Know someone who actually read the large corpus of studies showing the rank ineffectiveness of masks as a mitigation measure amongst the general public and who, in the hopes of stimulating a productive discussion posted links to many of them on the company communication channels? No problem, hoot him down en masse and suggest quite clearly to him that if he knows what’s good for himself, he’ll never do anything like that again.

I could go on.

The list of ways Milgram-like “teachers” – who voluntarily supported the drive to inflict pain (social, financial and otherwise) upon those with the temerity to maintain their intellectual and moral integrity in the face of a clearly manufactured crisis – is nearly infinite.

But looking around and listening to people today, it’s as if none of it ever happened. No significant apologies have been issued by anyone in charge. And worse yet, perhaps, no one in the family and friendship circles I know of has acknowledged what they did or supported others to do in the way of inflicting pain.

No one of any consequence has acknowledged, never mind apologized for the injustice done to the millions of people—I’ll say that again millions of people—who lost their livelihoods for their refusal to take an experimental drug whose performance has completely betrayed all the “do-it-because-we’re-all-in-this-together” arguments that were bullyingly deployed on its behalf.

Have any of the people who made this possible either as policy makers or as corporate pain-enforcers spearheaded a move to repair the enormous damage they have inflicted on individuals and families, many of whom find themselves in financial and psychological holes from which they will never emerge?

These Milgramite “experimenters” and “teachers” knew exactly what they were doing. Indeed, many of them, like our President, clearly relished initiating and firing up a “stick-it-to-your-family-and-friend” movement among us.

Now, however, we’re all supposed to forget about that, because, as everyone in polite, credentialed company knows, the open expression of anger is, as you know darling, just so déclassé and just so, um, unseemly.

Maybe so. It’s true that our social elites have done an awfully good job over the last forty years of making people feel ashamed of harboring essential human emotion.

But some of us, many more than I think they realize, have continued to give ourselves permission to access this protean force, this emotional superfood, which has always played a key role in the pursuit of justice.

And we, as the Dixie Chicks sang, are “Not ready to make nice” and “not ready to back down.” 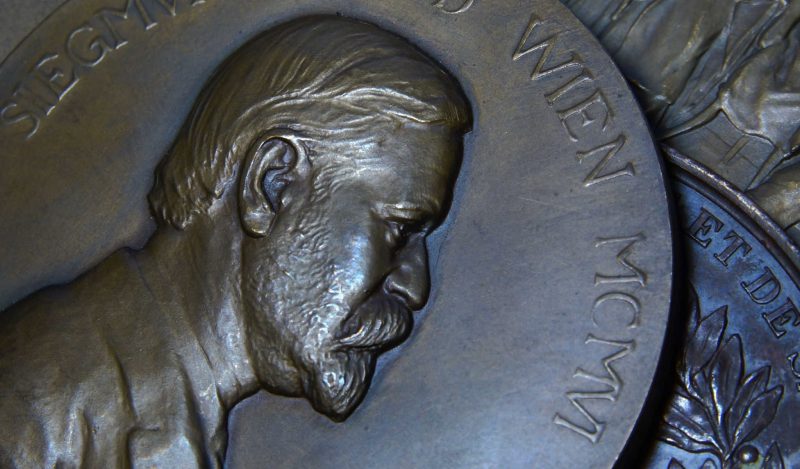 Considering that Freud associates the life instinct (Eros) with the aggregation of families and communities, and with the panoply of creative endeavours comprising culture, and…