The name Robert Kadlec may mean nothing to you, but anyone who has watched Stanley Kubrick’s Cold War era satirical masterpiece Dr Strangelove will quickly get the idea of who this man is.

Colonel Kadlec is the General Ripper of the War on Microbes. It is no small irony that the Biodefense Commission that Kadlec set up in 2014 is funded by the Hudson Institute, which was co-founded by Herman Kahn, the Rand Corporation war gamer.  Kahn’s theory that nuclear war could be deterred if the Soviet Union believed the United States had second strike capability was the inspiration for Kubrick’s Dr Strangelove character and the film.

Kadlec began his career as an Air Force physician before he diverted into the world of biological weapons during the first Gulf War of 1990-91. He became an intelligence analyst for the US Joint Special Operations Command (JSOC) on chemical and biological weapons. He subsequently became a member of the UN Weapons Inspection team in Iraq led by Dr David Kelly, who was found dead in 2003.

Kadlec was later (2014) to tell the House of Representatives Committee on Homeland Security that ‘while the United States was victorious in 1991, the scale and scope of Iraq’s biological weapons programme remained elusive despite the most intrusive inspection and monitoring regime ever conceived and implemented by the United Nations Special Commission (UNSCOM).’

No conclusive proof was ever found that Iraq had biological weapons, but testimony in 1995 from a defector, Saddam Hussein’s son-in-law Colonel General Hussein Kamel Hassan al-Majid, intelligence which was later assessed as being of limited content and value, maintained the belief of Kadlec and others that they did exist, providing the pretext for the 2003 Iraq War which removed Hussein from power.

This belief was no doubt bolstered in part because in the 1980s the Iraqi Technical and Scientific Import Division had (quite legally) bought samples of an anthrax strain developed by US germ warfare researchers at Fort Detrick, from the American Type Culture Collection, a non-profit organisation in Manassas, Virginia, that provides samples of bacteria and viruses for scientific study. (Arguably the absence of concrete evidence reinforced rather than diminished this belief in the graveness of the threat.)

Between 1993-96 Kadlec served on the US Delegation to the Biological Weapons Convention. His thinking on biowarfare is set out in his contribution to a 1995 Air War College book called Battlefield of the Future.

In it he argued that biological weapons are the poor nations’ nuclear bombs: they could be made cheaply and easily in facilities with other legitimate purposes, are invisible and, if aerosolised, could be spread over wide areas using an agricultural crop duster. His contention was that they uniquely offered the possibility of ‘plausible deniability’ to the perpetrators because pathogenic agents could be mistaken for naturally occurring epidemics. His particular concern was that vaccines, which are highly specific in what they protect against, take 10 to 15 years to develop.

Wired magazine reported on the US military’s desire for genetic vaccines to make soldiers ‘immune to all known pathogens’ in 1996. As if that wasn’t enough of an aspirational Pandora’s Box, it also reported the military’s desire for the capability of targeting enemy leaders using genetically engineered super pathogens ‘so selective in their behaviour they’re capable of targeting specific individuals, verifying their identities by means of their DNA sequences.’

It was immediately after 9/11 in 2001 that Kadlec became a special adviser to Defense Secretary Donald Rumsfeld and subsequently appointed Director of Biosecurity Policy in the Homeland Security Department of President George W Bush, where he drafted a document called National Biodefense Policy for the 21st Century. This, in April 2004, became the Homeland Security Presidential Policy Directive 10. Kadlec wrote that the United States ‘will continue to use all means necessary to prevent, protect against, and mitigate biological weapons attacks perpetrated against our homeland and our global interests.’

Speaking about the need for a Homeland Biosecurity Policy,President G W Bush said: ‘Armed with a single vial of a biological agent, small groups of fanatics, or failing states, could gain the power to threaten great nations, threaten world peace. America, and the entire civilized world, will face this threat for decades to come. We must confront the danger with open eyes, and unbending purpose.’

Notably Kadlec’s 2018 update of this policy went much further. It declared the extraordinary intent to apply the US approach to countering weapons of mass destruction to all infectious disease outbreaks, naturally occurring or otherwise.

Returning to 2005, this was the year that saw Kadlec attending a National Academy of Sciences Symposium on Pandemic Influenza. This centred on the belief of American public health authorities that the recurrence of an influenza pandemic with high mortality was both inevitable and posed a grave threat to humanity. Because influenza rapidly mutates and is not usually particularly lethal it provided a good research model for biosecurity purposes, not to mention a useful tool for advancing policy objectives. The ubiquitous Imperial College London modeller Neil Ferguson told the symposium that disease containment required ‘a concerted international response – probably with teams on the ground chasing cases,’ effectively laying the groundwork for ‘all means necessary’ not to stop at the US border.

Though the 1918 influenza pandemic was originally said to have been caused by H1N1 swine flu, today the US Centers for Disease Control and Prevention (CDC) says it was caused by ‘H1N1 with genes of avian origin.’ This is based on US Army researchers who claimed in 1999 to have fully sequenced ‘Spanish Influenza’ (using PCR) from autopsy samples taken in 1918 and a sample retrieved from a victim buried in permafrost since 1918. They said the illness was more closely related to avian flu than any mammalian species.

Ferguson’s modeling on avian flu was published in August 2005, claiming that ‘if targeted action is taken within a critical three-week window, then an outbreak could be limited to fewer than 100 individuals within two months,’ but if unchecked up to 200 million could die. This was just one of his wildly improbable and spectacularly wrong forecasts.

It was claimed that if bird flu mutated to more readily infect humans, the mortality rate would be more than 50 per cent. Bird flu, which first appeared in Thailand’s huge commercial poultry flocks, serendipitously appeared just as an 8-year marathon effort to have the World Health Assembly of the WHO agree key amendments to the International Health Regulations was coming to a close.

The significance of these amendments, finally adopted in 2005, is that they included a new provision to enable the Director General to declare Public Health Emergencies of International Concern (PHEIC) on the recommendation of the WHO Emergency Committee. This mirrored the Public Health Emergency provision added to American public health law in 1983. Covid was declared a PHIEC by the WHO on January 30, 2020.

From 2003 to 2007, only 216 people died from bird flu. The threat and the headline fatality rate appear to have been overstated. Dr Nguyen Tuong Van of Hanoi’s Institute for Clinical Research, who treated some bird flu victims during the 2004 outbreak said, ‘Most people who die of bird flu are poor and not in the best physical condition in the first place.’

Jeremy Farrar’s 2004 paper on the Vietnamese outbreaks says rapid antigen testing was ‘less sensitive than PCR for diagnosis of influenza H5N1.’ Patients were given antiviral drugs, mainly Tamiflu, which was developed by Gilead Sciences, a company chaired by Donald Rumsfeld, and almost all were mechanically ventilated, which itself elevates the mortality rate. Tamiflu may have been part of the problem. As a recent review of Tamiflu concludes: ‘A cocktail of pandemic panic, publicity propaganda, and scientific misconduct turned a new medicine with only modest efficacy into a blockbuster. It appears that the multiple regulatory checks and balances gave way as science lost its primacy and pharmaceutical enterprise lost no time in making the most of it.’

The 2005 WHO report Avian Influenza: Assessing the pandemic threat  itself makes curious, and occasionally implausible, reading. According to this account, the ‘highly pathogenic’ bird flu, as it was usually described, was being spread asymptomatically by wild waterfowl (airborne bioterrorists to Kadlec’s way of thinking) to the small domestic free-range flocks kept by rural families in Asia, and that these birds were transmitting it to people. The real problem according to the business end of the report was that H5N1 bird flu was so ‘highly pathogenic’ that it was killing the chicken embryos used for flu vaccine manufacture. This made finding new methods of manufacturing them all the more desirable. Even better if these new methods could produce more vaccines, faster.

Another conundrum, Dr Jesse Goodman of the FDA told the NAS symposium, was the markets.   ‘Markets – that is demand and sales – are the main drivers of manufacturing. No one is going to build factories just for a possible pandemic,’ he said.

The WHO had convened a meeting in November 2004 with all the major vaccine manufacturers to explore ways in which industry, regulatory authorities, governments, and WHO could collectively speed up the development of pandemic vaccines that could be made rapidly and in as large a quantity as possible. It was argued that wider use of seasonal vaccines would make the vaccines more commercially viable and the resulting increased production capacity would enable manufacturers to pivot production to pandemic strains whenever they should be needed.

Senator Bill Frist, the Republican Senate Majority leader at the time Kadlec was the leading bioterrorism expert in the Bush Jr Administration, full-throatedly echoed Kadlec’s thinking at the 2005 WEF at Davos, saying: ‘The greatest existential threat we have in the world today is biological. Why? Because unlike any other threat it has the power of panic and paralysis to be global.’  He also asserted: ‘We need to do something that even dwarfs the Manhattan Project,’ the codename for the US effort to devise an atomic weapon during the Second World War. 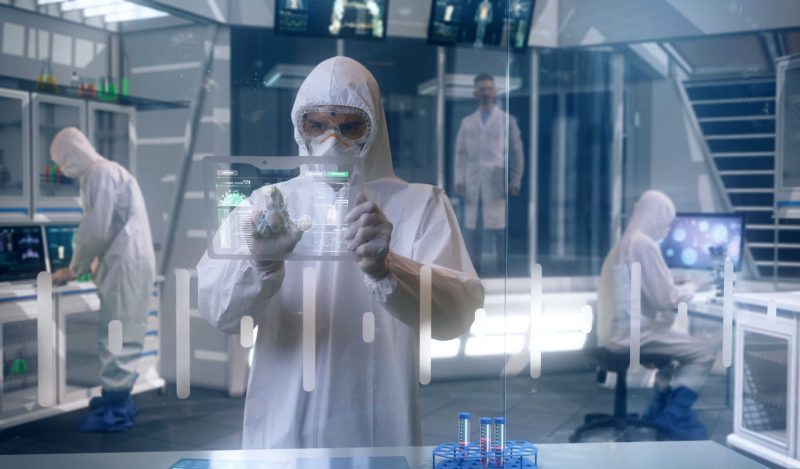