Many years ago as I was finishing my BS in economics and mathematics, I was invited to help review a book for the journal Markets and Morality. The book, The Economics of Sin: Rational Choice or No Choice At All? by Samuel Cameron, was apparently written from the perspective of an unhinged rational choice economist who would describe even adultery and cannibalism as welfare maximalization in a free market. The author goes as far as to make the astounding claim that “we encounter economists serving the function of being the new secular priesthood.”

The shocking use of sacral language for the role economists play in the secular realm is troubling, but is it entirely wrong?

Early on in my study of economics two seemingly contradictory truths became apparent to me. First, the use of supply and demand curves to accurately describe market forces is elementary and common sense to the mathematically trained mind. Second, this common sense is regarded as mystical and incomprehensible by many students and nearly the entirety of those who are politicians. At the higher levels of study, especially econometric modeling, we may have very well been casting magic spells on data to provide prophetic results.

Now it was obvious to us that this wasn’t true. The assumptions required for the underlying math are so rigorous that even the simplest of linear regressions has a significant chance of being biased at best or utter garbage at worst.

Even as an undergrad I was very much aware of these limitations; I once discovered one of these assumptions had been violated at a major think tank in DC that I was interning at. (For the math nerds: they misinterpreted the Durbin-Watson statistic and missed the presence of auto-correlation.) Mathematical modeling isn’t magic. In fact, when used to attempt to predict the future, it’s more of a magic trick.

One of the understudied causes of the mass hysteria which broke out in 2020 is the deification of mathematical models. We were promised certain doom by Neil Ferguson from the Imperial College London and The Institute for Health Metrics and Evaluation at the University of Washington. Politicians and media outlets took every graph they created as if it were directly from the Oracle of Delphi. They were prophetic utterances! “Thus saith The Experts, The Science’s wrath is upon, let us distance and muzzle ourselves in penance!”

I’ve already written here on how I perceived Covid hysteria as a quasi-religious phenomenon. I would like to further suggest however that our increasingly secularized society has unintentionally recreated religious roles such as seers and prophets under the newer titles of “experts” and “academics.” Quite frankly this phenomenon isn’t particularly new; the minor hysterias of overpopulation and global cooling of the past were equally caused by over-certain academics with mathematical models. Since these creators of models are increasingly acting like prophets, let us remember how prophets are to be tested.

Not everyone called a “prophet” in the times of ancient Israel was sent by God. Indeed, guilds of prophets existed as a distinct class among the people. One of the reoccurring warnings in both the Old and New Testaments regards false prophets who tell lies from their own imaginations. They alternatively predict calamity or peace based upon what is most profitable to them, often with those in power being the target audience.

The prophet Micah exposes the cynical game of these frauds: “Thus says the LORD regarding the prophets: O you who lead my people astray, When your teeth have something to bite you announce peace, But proclaim war against the one who fails to put something in your mouth” (3:5). Does this not also apply to the academics who prostituted themselves for funding (such as from the Gates Foundation), simultaneously predicting doom at the beginning and then peace and safety through mitigations?

They were told what to assume and produced numbers and graphs that reflected those assumptions. Any first-year student of statistics should be able to explain the dishonest propagandistic potential of mathematical modeling. These men and women knew precisely what they were doing.

Our politicians and media didn’t need mathematical training to know better, however. A little bit of wisdom and memory would have gone a long way. Imagine how 2020 would have gone had we simply followed this piece of advice: “Should you say to yourselves, “How can we recognize that a word is one the LORD has not spoken?”, if a prophet speaks in the name of the LORD but the word does not come true, it is a word the LORD did not speak. The prophet has spoken it presumptuously; do not fear him” (Dt 18:21-22).

Had we followed this simple test, Neil Ferguson’s career would have ended two decades ago as he repeatedly predicted doom caused by everything from foot-and-mouth disease to bird flu. IHME would have been laughed into oblivion from the earliest days of lockdown.

These weren’t prophets warning us about the future. They were profiteering charlatans who knew what they were paid to predict. Their training taught them that this was utter statistical malpractice but not one of them objected as to how their work was being used. It was produced to be propaganda and they were happy to please their benefactors.

A second class of experts I would like to draw attention to is those economists who predicted there would be no economic harm and no inflation as a result of lockdowns and free money. You learned as early as your first economics class that there is no such thing as a free lunch and that stopping domestic production while printing money would necessarily result in a decrease in real wealth and massive inflation. Yet you prophesied peace and prosperity! Your careers and reputations should never be allowed to recover.

Both the Israelites and Christians were warned to be wary of individuals who desire to profit from their claims to know the future. Next time an expert tries to prophesy, let them wager their entire reputation and career on being correct. Perhaps then some humility and honesty will be produced. In the meantime, a simple rule to live by: disregard any further claims about the future from those who have been egregiously wrong about it in the past. 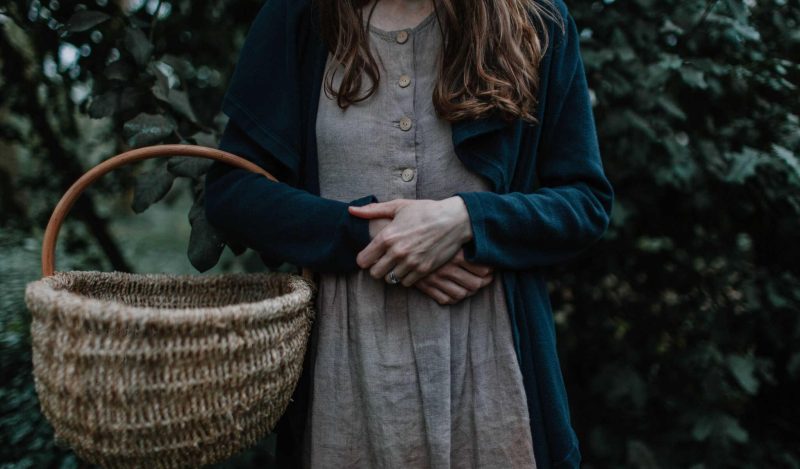 Locking down the population and subjecting it to draconian restrictions is, for some reason, absolutely central to their vision of changing “what it means to…