By all accounts, Americans are lonelier, more anxious, more depressed and more suicidal than ever. The Pew Research Center reports that at least 40 percent of adults faced high levels of psychological distress during covid. Alarmingly, young people are leading this trend, as they do with most trends; though with this one, their “trendiness” is a cause for serious concern.

Of note, these alarming numbers are all likely underestimates vs the current state of affairs, as they are all from BEFORE isolating covid policies took hold.

In March 2020 our kids were thrust onto screens for hours and hours each day, and were left with their only means of “socialization” to be on-line or “virtual.” They were forced to Zoom and DM and Twitch and TikTok all day every day, if they didn’t just give up altogether and hole up in their rooms under the covers, with absolutely zero interaction at all.

If young people have little hope for the future, feel isolated, disconnected and as if their very existence doesn’t matter, what hope do we have for the future as a society? And when kids are deemed to be inessential, their schooling and activities at the bottom of the list of our societal priorities, how else are they going to feel but inessential?

Recently, Democratic Connecticut Senator Chris Murphy wrote a piece for The Bulwark called “The Politics of Loneliness.” He rightly acknowledged that increased technology and social media usage have contributed to ever-accelerating social isolation which has led, in turn, to more anxiety and depression. He cites “the pandemic” as having accelerated this trend, which is the first point I’d challenge. It was pandemic policy not the virus itself that accelerated the isolation, loss of connection and a diminished sense of community.

While in the beginning of the pandemic, almost all governors shut down schools, places of worship and businesses, it was Democratic leaders who persisted in keeping them closed, or heavily restricted for over two years. I place the blame squarely with them. And so my patience with Senator Murphy showing up to pretend he has the answer is pretty much non-existent.

The ability to gather, celebrate, mourn, congregate and protest was taken away from the citizens of these left-leaning locales. There were no weddings, graduations, proms, holiday celebrations, funerals, AA meetings or in-person work with water cooler conversations. And then, we were lonely. And Democratic political leaders had the gall to weaponize our loneliness against us. We were demonized and told we were selfish to even want these things. If we craved in-person connection, we were labeled murderers and grandma-killers, creating shame for desiring connection at all. We were vilified for being HUMAN.

The “solution” they sold us: stop being so self-centered; go online more (Zoom cocktail hour anyone?); and drug yourself and your kids (if Zoom alone isn’t cutting it.)

And kids suffered from the most egregious restrictions and harms. Outdoor playgrounds were closed in San Francisco for more than 8 months. Playgrounds! Basketball hoops were removed from backboards and skate ramps were filled with sand, but golfers were permitted to hit the links. San Francisco is the city with the fewest children per capita in America. Gee, I wonder why?

Is it any surprise that young people became even more depressed and despondent during lockdowns? What is a life but the sum of life markers, milestones and everyday activities? When a child has no idea when the forced isolation will end — when relief might be granted from these authoritarian dictates — how do they cobble together a life with any semblance of hope for a meaningful non-virtual existence?

Closed schools shut children off from any sense of community. As Ellie O’Malley, a mom in Oakland whose daughter Scarlett has suffered grievous mental health impacts from the public school closures, said in an interview for a documentary film I am making:

“Schools are more than the sum of their parts and more than education. They’re more than just this teacher to student knowledge. They’re about community. They’re about the ups and downs of life and how you deal with them and having practice dealing with them in a safe setting where you might have a crisis, but it’s okay because a teacher reassures you or a friend and you have this web of community around you.  And without that, when that disappeared for kids, there was just a void.”

Ellie’s daughter, Scarlett Nolan, who spent months hospitalized for her emotional and mental distress, reinforced this when she explained what school closures were like for her:

Jim Kuczo of Fairfield, Connecticut lost his son to suicide in 2021. He told me:

”You cannot treat kids like prisoners and expect them to be okay. I think that our leaders put most of the burden on children.”

”I had very little motivation to actually get up, get on Zoom and attend class. And then I think coming up on the year anniversary of the initial lockdown [March 2021] and then the lack of social interaction is kind of what took a toll on my mental health since I am such a social person.”

And here’s where I really take issue with Senator Murphy’s recommendation: he claims that there is a role for government policy to reverse this troubling trend.

It’s a case of the arsonists wanting to be given the job of putting out the fire that they themselves started!

No thank you. Stay out of our lives and our kids’ lives. You’ve done enough damage.

Government actions started us on this trajectory well before covid and lockdowns. Cozy relationships with Big Tech and Big Pharma led to highly addictive social media practices for the purpose of data harvesting, censorship on social media, over-prescribed drugs for our children — putting them on a path to a lifetime of medicalization, and unsafe use of prescription drugs overall (remember, it was the FDA who granted Purdue Pharma the “non-addictive” label for OxyContin).

The collusion between government and Big Pharma and Big Tech got us into this situation. At every step, whether it was a disregard for minors’ well-being (TikTok, Instagram) or over-regulation in the form of vaccine mandates and forced Zoom school, the government has colluded and supported Tech and Pharma to increase the profits of these companies. And put our kids last.

Forgive me if I don’t want your help “fixing” the thing you broke.

Leave us alone. No more interventions. When we let you in, you ruin it. We’ll take the reins from here, thanks.

Moms and dads — put down your phones, go for a walk, play with your kids, talk to your children, tell your teens they need to get a job or join a sports team or the debate club, encourage them to go out into the world and do whatever it is that they want to do.

We decide how we spend our time, who we see, when we see them, and how many people are in the room. Our time, our kids, our choice.

Senator Murphy, your help is not needed. You make it worse, not better. Leave us, and our kids, alone. 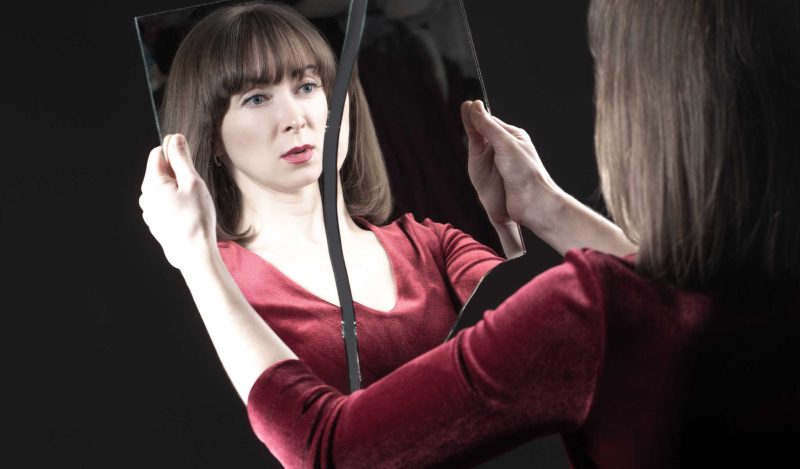 The scars that have been left on all of us by the response to COVID are incomprehensibly varied and deep. For most, there hasn’t been…

As Desmet explains in the book, every totalitarian regime begins with a period of mass formation. Into this tense and volatile mass steps an autocratic…