I was in Marshalls yesterday where dystopian vertical boards keep people in checkout lines separated like cattle at a feeding trough. Customers approach the checkout to encounter a masked person behind plexiglass, pay with “touchless” tech, and scamper away with hope that we avoided a pathogenic enemy we cannot see. We can’t see it but we sure did institutionalize ways to avoid it, all codified by “the science” and imposed by force. And fear.

Like the “social distancing” stickers on the floor, all this apparatus are part of the surviving relics of a world gone mad. No trying on clothing. No sampling perfume. A full-time employee stood at the entrance to enforce mask wearing (“Keep that mask over your nose!”). It was all part of “virus control,” which became a mystical liturgy that governed life for 20-some months after darkness fell in the Spring of 2020.

These signs and symbols of mass panic are gradually going away, leaving in their wake sadness, regret, shattered dreams, psychological trauma, bad health, ruined businesses, broken friendships and families, and a loss of confidence and trust in myriad institutions that once took our respect for them for granted.

The people who did this to the world are still clinging to the hope that they can make a dignified walk back from the disasters they created. That seems to be the major point of the vaccine mandate domestically and for foreigners traveling in. It’s the best hope, they believe, for providing them cover. They had to get everyone jabbed before we got our freedom back! We resisted their dictates, out of ignorance they said, so they had to impose them with ever more fines and threats.

Thus are we transitioning from the Covid kabuki dance to a system of overt segregation of the clean vs the unclean, a situation we’ve encountered before during the most morally egregious episodes in modern history. While the clean are granted freedom, the unclean cannot travel, cannot participate in public life, and sometimes cannot shop or get medical care.

Never mind that the data are not playing along: while the private benefit for the vulnerable from the vaccine exists, the public health benefit appears more dubious by the day, especially given the manner in which public-health authorities have obstinately denied what at least 106 studies have already affirmed.

What we’ve all been through is impossible to describe in a sentence because there are so many dimensions to it all. It affected and traumatized everything and everyone.

I once tried to imagine what the blowback would look like (this was late April 2020, writing with no clue that the frenzy would continue for another year and a half). I predicted an impending revolt against masks, against mainstream media, against politicians, against Zoom-only life, against distancing, against academia, against experts in general, and against public-health authorities in particular.

I was correct but far too early in my prediction. What began as a dreadful error in political and bureaucratic judgment became an entrenched policy and then a generalized practice of disregarding basic human rights in every area of life. The schools remained shut for the year, while the enforcement of absurdity became a national way of life. The point of exhaustion with the entirety of the antivirus theater happened in waves across the country, and has only reached the whole country after 20 months.

The result was not only carnage but also learning and responding. The passage of time has highlighted that we are living amidst not only the death of institutions and expertise but also witnessing the glorious birth of new institutions and voices. This has been exciting to watch.

Covid restriction and cancel culture coincided, taking out some of the most intelligent and prescient intellectuals in the public space. They had their social media accounts deleted, their jobs threatened and sometimes taken away, their access to their audiences throttled. This is because legacy social-media platforms signed up to become mouthpieces for the regime. The result was an astonishing dreariness, not actual reporting at all. Anything that reinforced the lockdown/mandate line was allowed in and anything contradicting was blocked. The scientific journals weren’t much better.

But thanks to the will to survive, the cancelled found other outlets that are now thriving. The stodgy and stultifying information blockades provided an opportunity for other institutions to be born and blossom in record time. There are new video platforms and social media channels that are doing a booming business.

I’ve found myself relying on Substack and other new venues for actual information at a time when the mainstream media has been marching in political lockstep with the lockdown regime. Substack, for example, was founded with a $2 million investment in 2017, and now it is on its series B funding round with $84 million along with 213 employees.

The business model of Substack sounds a bit like many others. It enabled publishing. Crucially, it allows its users to accept subscriptions which it then mails to users post by post. It permits its authors to make some content free and some paid, and allows them to set the price. In other words, the platform enables authors to achieve pretty much what the New York Times does but without all the third-party plugins and set up required to set up a paid blogging platform.

The real business advantage: it refused to censor responsible material. In fact, it made itself a home to those who were being censored by others. Users and authors both began to trust the platform after its owners were hounded by the mainstream press and refused to budge. They would be a platform for free speech, period. It not only saved Alex Berenson from death by Twitter; it has inspired countless new intellectuals and writers who have been victimized by Covid cancel culture.

Bitcoin and other cryptocurrencies have reached new highs and record adoption in these times too, as the value of national currencies depreciates due to reckless monetary policies and lockdown-related breakages. Having never shut down even in the darkest days, or seen their operations throttled, they’ve taken on the role of a safe haven in dangerous times.

Brownstone Institute is also a case of new birth. The website went live only on August 1, 2021, but will soon have racked up 3 million page views, along with a global network of contacts. The growth has been phenomenal to behold, and why? We have yet to produce fancy videos or hire a marketing team and all the rest. We have all that is necessary for success in the post-lockdown world: outstanding content that provides light rather than propaganda.

In addition, there are already new universities being founded alongside new research institutes, activist organizations, and television shows and podcasts. We are looking at a probable political realignment.

Inevitably too, philanthropy will need to catch up to the new. Support will likely leave institutions that failed us so miserably during the lockdowns and refused to step up to defend human rights. To mention one obvious example among so many, the well-funded ACLU has enjoyed a long history of taking unpopular positions in defense of human liberties, until they decided to throw it all away in defense of a pandemic policy that had zero regard for rights and liberties. There are thousands of other institutions and individuals that completely flopped when their voices were most needed.

Every crisis in the history of modernity has produced a cultural and social realignment. Old institutions on the wrong side sink into the mire of their own disrepute, while new ones rise up to take their place, standing courageously on principle and inspiring students, customers, benefactors, and the general public. This was true after the Civil War in American history but also true all over the world following the 20th century’s two world wars along with the Vietnam War. What failed is washed away, and what stood steadfast gains new prominence.

What we have lived through has war-like features, and will have culture-shifting effects. Many people were tested. Many people failed. The failures made a bad bet that playing it safe and echoing regime priorities was the prudent path, but now they sit on a digital archive of cowardice, censorship, bad science, and disregard for humane values.

More inspiring to watch has been the emergence of a new movement that transverses political and ideological lines and is defined by its implacable commitment to enlightenment values, human freedom, and the determination to celebrate what’s true against all odds – what used to be called normal as recently as 2019.

This birth and growth of the new is a tribute to the reality that human beings will not be forced to live in cages and think only what our masters tell us to think. We are wired to be free, creative, and truth telling, and cannot abide by systems that attempt to stamp out all those instincts and instead treat us all like lab rats or code in their models. No, never.

The crazy rules and practices governments and corporations adopted and imposed over the last 20 months will in time look ridiculous and embarrassing to nearly everyone. That we went along with such preposterous practices is a sad commentary on the human condition and its primitive ways.

Apparently, we as a society are only a step away from the abyss into which a well-timed campaign of fear can push us. I’m not sure any of us knew that until we lived it.

We will emerge on the other side of this wiser, stronger, more determined, and motivated by the new realization that the civilization we take for granted is not a given but might instead be held by a thread that must be reinforced daily by knowledge, wisdom, and moral courage.

We can never again allow a ruling class to exercise such brutality against the people. It has not ended well for the lockdowners and mandators. They are perhaps now beginning to realize that they are not the authors of history. We are. Everyone is.

No one is born, appointed, much less destined, to dictate to everyone else. That powerful conviction forged modernity and what it means to be civilized. There will be no turning back the clock, not at this late date in the course of human progress. 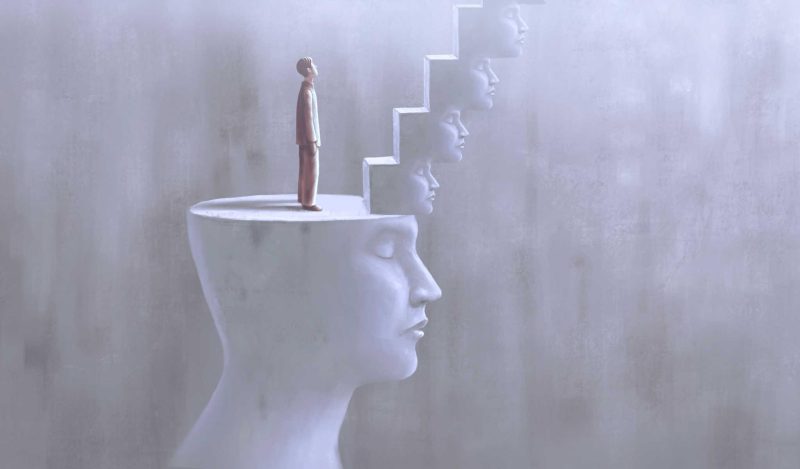 Here is why in our time, as in all times, there is a crying need for intellectual sanctuaries for those brave souls who are willing…

The big open question, however, is what the political fallout will be from science's return to truth. If it helps the constitutional state turn away…

Covid has laid bare a medical profession no longer with input into health policy. Financial interest influences decisions enacted by bureaucrats, driven by the pharmaceutical…

The compassion-hacking of American churches did not in itself save anyone’s life, but it did help to break down another civil-society barrier standing in the…