Skip to content
Brownstone » Brownstone Institute Articles » Why Did So Many Intellectuals Refuse to Speak Out?
SHARE | PRINT | EMAIL

Think of all the institutions that have marched in lockstep during the dramatic decline in civilization over three years. It’s been media, Big Tech, large corporations, academia, the medical industry, central banks, and government at all levels. They have all been in on the lie. They sat by and said nothing or even cheered as governments utterly wrecked rights and liberties that humanity has fought for over 800 years.

The examples are too numerous to list but one stands out to me.

For several months, New York City attempted a bold experiment making a place for vaccinated people only. As a result, no person who chose against the experimental Covid shot was allowed in restaurants, theaters, bars, libraries, or museums. Disproportionately hit were 40 percent of black residents who refused the vaccine due to the community’s deep awareness of the long history of US pharmaceuticals ties with racial eugenics.

For decades, US policy has banned practices with disparate impacts on racial minorities. Then one day, no one cared.

Where was the outrage? I cannot recall a single voice of opposition appearing in any major newspaper or mainstream venue. This went on for months! Only a few of us were yelling about this but we barely got any traction, despite the deep injustice being perpetrated along strong racial lines.

This of course is just one example but thousands.

Even right now, unvaccinated Canadians are not allowed to cross the border into the US for business or pleasure or even to see family members a mile away. This is ongoing. It applies to everyone in the world except for the hundreds of thousands pouring across the Southern border, who are not sporting vaccine passports.

Congress never voted for this. It’s all due to the CDC, which somehow still retains the power to ruin everyone’s life and liberty despite many court rulings that have tried to rein in this organization’s power.

Where is the outrage? Where was the outrage about school and church closings, the mandatory masking, the wrecked businesses, the bad science, the astonishing lies foisted on the public day after day?

How the heck did this happen? Why is it still happening? In particular, where were intellectuals? Yes, some spoke out and were severely punished for it as a lesson to others.

The authors of the Great Barrington Declaration have said repeatedly that their short statement was the least innovative and controversial statement they ever penned. It was a plain statement of widely accepted public-health principles applied to the current moment. But the moment in which they dropped that bomb was one in which widely accepted principles of public health had been trampled and buried for the six months before.

Thus did this plain statement of normal truths come across as shocking. It wasn’t just what was being said but that actual credentialed academic professionals would dare to deploy their knowledge and status in service of truth rather than regime priorities.

That it was shocking at all tells you all you need to know.

How to account for this? One explanation is that most intellectuals are controlled by a secret cabal somewhere in the world that is pulling the strings. All people in a position of power and influence readily complied. That explanation is easy but unsatisfying. It is also lacking in evidence. Whenever I look carefully at people such as Klaus Schwab and Bill Gates, I see clowns and fools whose wealth massively outstrips their intelligence.

I don’t believe they could pull it off.

There is a better explanation: opportunism. Another word might be careerism. This particularly applies to journalists and intellectuals. Their career paths absolutely require compliance with prevailing narratives. Any deviation could lead to potential doom for them. The spirit of going along is the driving force of everything they do.

The word fungibility usually refers to the economic properties of a good. Something that is fungible is easily and equally converted from one form to another. Something that is non-fungible is stuck as the thing it is. A good example is a dollar bill: highly fungible because it is so easily exchanged to become something else. Far less fungible would be an oriental rug. You might love it but it is not easily sold at a price you find fair.

Things can move from fungible to non-fungible in the course of a market correction. An example is acoustic pianos. There was a time when throwing down $15,000 for a piano was an investment. You can sell it for nearly the same price many years later.

Then came lighter electronic keyboards. Then several generations were raised without piano skills. Finally, we all have such easy access to music in our homes so the piano turned out to lack in utility. Now they are mostly decorations in hotel lobbies.

Incredibly, these days, until the piano is very beautiful or rare, it’s hard even to give them away. Try this out on your own by going to Facebook Marketplace. You will be amazed at how many pianos are being given away provided you are willing to pay $500 to move the thing.

Professional skills can be ranked according to their fungibility.

Quick story. A few months ago, I was getting a haircut when the owner of the shop snapped at the lady cutting my hair. She then said to me: “That’s it. You are the last customer I will serve in this joint. I’m quitting.”

Sure enough, as I packed up my things, she packed up hers too. Then she left. Later she sent me an email that she had taken up a position one mile down the road. This was made possible because she has a certification to cut hair and there are always shops around that need a stylist. She was good to go.

What that means for her: she will never have to put up with a bad boss. She can always and everywhere say: take this job and shove it.

The above scene rarely plays out in a university setting. Every professor has a title and wants to move from assistant professor to associate professor to full professor, hopefully gaining tenure along the way. In order to do that, they must publish in their profession. That means that they must get through peer review, which is about quality control only in some fantasy land. It is actually about who you know and how much they like you.

At all times, everyone in academia must play the game or else face career death. It is extremely hard to move from one academic position to another. You have to pick up and go to another town in another state. And you have to schmooze the existing faculty. If you develop a bad reputation as someone who does not get along with others, you could find yourself blackballed.

No one who has spent 20 years or longer to gain a credential will take that risk.

For this reason, intellectuals, especially in academia, have among the least fungible skill sets. This is why they hardly ever step out of line.

The same applies to journalism. It’s a really tough profession. You start at the local paper writing up crime stories or obituaries, move to a regional paper with a higher status, and so on. The path is set for you. The goal is always the same: major reporter on a single topic at the New York Times or Wall Street Journal. They will do nothing to risk getting off that trajectory because then there is no future.

This means that they must go along, not because anyone is forcing them to do so. They do it out of self-interest. This is why you hardly ever read difficult or unapproved truths in major media outlets. Everyone in this industry knows that rocking the boat is the worst possible way to advance in your career.

All these people hold on to their jobs for dear life. Their biggest fear is getting fired. Not even a tenured professor is safe. A passive-aggressive dean can always pile on a burdensome teaching load or move you to a smaller office. There are ways that colleagues and the dean can come after you.

This sets up a terrible reality. The people who are responsible for shaping the public mind end up as the most craven class of obsequious simps on the planet earth. We want these people to be brave and independent — we need them to be — but in practice they are the complete opposite.

It’s all because their professions are non-fungible. The same is true of medical professionals, sadly, which is why so few objected as their own industry was converted into an instrument of tyranny over three years.

Think about people who in the last years have been tellers of truth. Very often, they were retired. They were independent. They had a solid source of income from family or were wise investors. They wrote for an independent newsletter or Substack. They don’t have bosses or career tracts. It’s only these people who are in a position to say what’s true.

Or maybe they were one of the fortunate few to work for an organization with a brave boss, brave board, and solid funding sources that would not withdraw at the slightest sign of trouble. That situation is sadly very rare.

The fungibility of professions is a major indicator of whether you can trust what the person is saying or doing. Those who are only interested in protecting a paycheck and a single job – clinging to it for dear life for fear of a future of poverty and homelessness – are compromised. That pertains to many of what are called “white collar” jobs. This is why you can trust your hairstylist more than a professor at the local university. She is free to speak her mind and he is not.

All of this applies to everyone in government, obviously, but it also pertains to large corporations, mainstream religions, and central banks too. The bitter irony is that there doesn’t need to be a conspiracy to destroy the world. Most people in the position to stop it refuse to step in simply because they put their professional and financial interests above the moral obligation to tell the truth. They go along to get along simply because they have to.

We should not discount the possibility of genuine confusion here as well. It’s very possible that legions of intellectuals and journalists suddenly developed amnesia concerning basic principles of immunology, public health, or basic morality. Or perhaps this was a case of lost knowledge, as I’ve observed previously. Still, when there is a professional interest in suddenly forgetting about human rights, one is prompted to look for deeper explanations.

Here is why in our time, as in all times, there is a crying need for intellectual sanctuaries for those brave souls who are willing to stand up and be counted, risk cancellation, put their professional careers on the line, simply to say what is true. They need protection. They need care. And they deserve our congratulations, for it is they who will guide us out of this mess. 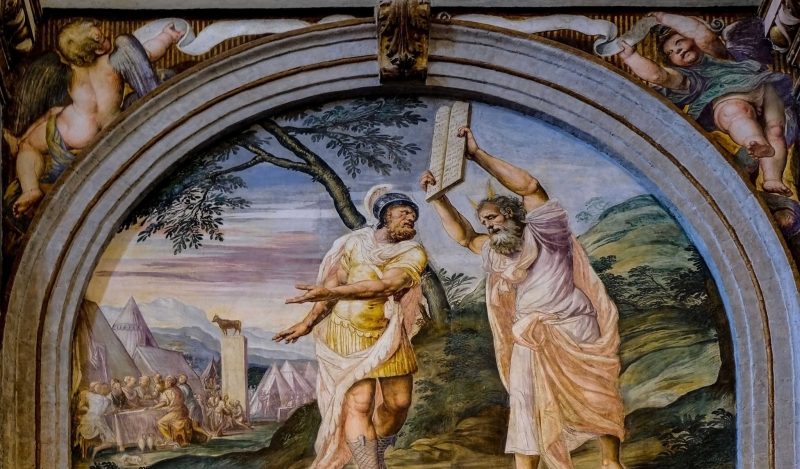