Humans are hardwired to fear infectious diseases, but with such uncharacteristic effectiveness did government turbocharge fear to ensure compliance with restrictions and silence opponents, that the nation turned not only in on itself, but also on its children.

Fuelled by that fear, we locked our young in their rooms for days on end, padlocked their playgrounds and stopped them from seeing their grandparents and friends. We tossed their education to one side, in the process degrading it to an extent which, without drastic remedial action, will not recover. Fuelled by fear, a woman in Texas locked her own child in the boot of her car to escape his infection; a university in Manchester barricaded its students into their halls of residence; and a mayor in New York gagged the city’s toddlers for months. Fuelled by fear we breached our species’ most basic social compact: to protect our young, abandoning at so many touch points our posts as guardians and often even pushing children into harm’s way – mentally and physically – to save ourselves.

Worst of all, drunk on our diet of fear, we taught children they were “vectors,” “silent spreaders,” “reservoirs of infection” – posing a danger to the adults around them. “You people are just vectors of disease to me, and I don’t want to be anywhere near you, so keep your **** distance,” yelled one university professor in Michigan in January 2022.

The government – wielding the weapon of fear- also terrified itself.  Fear fueled a chain reaction of bad decision after bad decision – school closures, masking of children, aching to give them a medical intervention they did not need, suspending vital safeguarding protections, and allowing or actively encouraging demonisation, scapegoating and stigmatization to take hold of a previously cohesive society to an extent that should have been unthinkable.

These decisions leave a debilitating legacy.

Taught that they were responsible for endangering the lives of their elders, many youngsters now have serious mental health problems: post-pandemic waiting lists in the UK for children with eating disorders have more than doubled and there are an astonishing one million children waiting for mental health support. Globally lockdown was associated with an explosion of children acquiring tics and nervous disorders, especially girls. More than half of young people say they’ve ‘lost confidence’ in themselves.

One in four eleven-year olds are now obese, waiting lists for children’s paediatric and intervention services are spinning out of control and this week’s SATS results are yet more evidence, as if any were needed, that we’ve robbed children of the fulfilment of attainment. Indeed, it’s now painfully apparent that the Government’s pandemic policies have also degraded, perhaps permanently, education itself – some 1.7 million children are now regularly absent from school – one in four compared to one in nine pre-pandemic.

Society will live with the consequences of these two desperate years for decades, perhaps longer. Fear is an inhibitor of bold, creative thinking and decisions made from a place of fear are smaller and defensive. Yet we have seen little bold, creative long-term planning in policy – and it shows nowhere more so than in education, where we lack not only any sort of long-term vision but, at the time of writing, even Ministers as well.

We are naive if we think our own fear doesn’t permeate down to our children. Compounding the psychological impacts of teaching kids that they are ‘granny killers,’ we have taught them to be scared of life, denying them the chance to make the most of life’s opportunities when actually it was our responsibility to propel them to strike forward.

Had we been guided by courage, not fear, key pandemic decisions would have been transformationally different. We wouldn’t have closed schools, suspended the safeguarding regime for our most vulnerable children, or worn masks around young children (and arguably not at all), and we would not have mandated they masked themselves to protect us.

Many of the scarring harms of the last two years would have been avoided: children wouldn’t have missed months of learning; we wouldn’t now be lamenting OFSTED reports detailing concerns spanning children’s physical, social and emotional development – “Children turning 2 years old will have been surrounded by adults wearing masks for their whole lives and have therefore been unable to see lip movements or mouth shapes as regularly,” reads one, before noting that “babies have struggled to respond to basic facial expressions.” There might even be children who would still be alive today. Arthur Labinjo-Hughes and Star Hobson are two tragically known names, but in fact over two hundred children died behind closed doors during the lockdown period.

As well as the travesty of young lives lost, each of these outcomes has a ripple effect that is felt far beyond the individual – we will be living with the mistakes of our fear-fuelled decisions for the rest of our adult lives, as will our children and quite possibly, their children: some additional 700,000 people are thought to have been tipped below the poverty line in the UK as a result of pandemic policies, a figure which includes 120,000 children.

It takes five generations in the UK to climb from the bottom rung of the income distribution ladder to merely the average. Uneducated children make not only for poorer adults, but also unhealthier adults, who tend to cost more for the state to support throughout their lifetimes, putting an ever increasing burden on state coffers, and an NHS already buckling under the pressure of its masters’ misguided decisions.

As well as what we wouldn’t have done, it’s about what we might have done instead. Imagine if a portion of the c. £350bn frittered on the Covid response was spent building schools, family houses, or new public play spaces, instead of on unusable PPE and vanity hospitals that lay unused. Imagine what the loss of education and confidence starts to look like at a national, let alone global level – each “lost Einstein,” as Baroness Shafik of the LSE puts it, means Big Ideas that never happened, investments that were never made and economies that didn’t grow.

Consider India, which the World Bank warned that by October 2020 school closures had not only cost the Indian economy an estimated £6.5 billion, but that the loss of earnings and skills development is set to devastate Indian economic growth in the long term.

As we write this on Thursday in the midst of a new nadir – a Government in disarray and within that an education department lurching, rudderless, from minister to minister – an email pops into the UsForThem inbox. It is from a parent, telling us about a school reintroducing restrictions – masks, bubbles, maybe even remote learning.

Our hearts groan, for two years not only have we shattered any myth that children are resilient, that they can take whatever trampling adults see fit to dole out in the name of fear, but we have shattered the myth that our society can take it.

It can’t. We can’t. And for the sake of our children and their children, adults must now reject the shackles of fear. 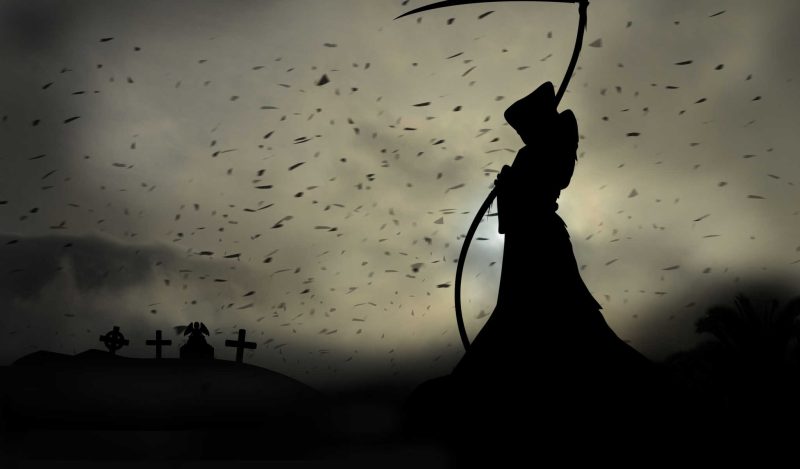