During the pandemic a widespread use of nanoparticles has been employed for diagnostics, personal protection equipment, prevention, and treatments of diseases. The use of nanoparticles in biomedicine is expected to increase further due to a desire for real-time human health monitoring as seamless human/machine interaction.

The most booming nanoparticles that may rule future lives are graphene-derived products.  The novel 2-D material graphene has advantages in mechanical, thermal and electrical properties and is used in wearable sensors and implantable devices whereas the research and development of the oxidized form graphene oxide is used for cancer treatment, drug delivery, vaccine development, ultra-low concentration diagnostics, eradication of microbial contamination and cellular imaging.

In 2010 two researchers, Andre Geim and Konstantin Novoselov from Manchester University received the Nobel Prize in Physics for isolating the one Carbon atom layer derived from graphite present in pencils, by using a kind of scotch tape. The amazing material is the lightest and thinnest versatile substance known to humankind. It is transparent, conductive and selectively permeable.

The C-atoms are tightly bound in a honeycomb (hexagonal) lattice.  Based on the qualities of graphene the material is used in many fields varying from  electronics to biomedicine. In 2013 the European Commission started a Future and Emerging Technology project, the Graphene Flagship, with a budget of one billion Euros for a period of ten years with 170 academics and industrial partners from 22 countries involved, now owning many graphene products in pipeline.

However, production of high volume and quality graphene (pure, homogenous and sterile) for affordable prices to implement the possibilities of graphene-derived products in daily life is still a challenge, as well as improving standardization and validation of the cellular systems and biological systems to test various forms of graphene for its toxicity.

The EU Graphene Flagship Project acknowledges that there are still gaps to fulfill risk-related knowledge. It is expected that application of graphene will reach maturity in the period 2025-2030. EU-manufactured nanomaterials must fulfill the REACH regulations in order to be authorized for industrial production and commercialization.

A Portal to Human-Machine Interaction

Many politicians and public health experts promote the introduction of technology in healthcare as a major instrument to manage the prevention, diagnosis, and treatment of diseases. Moreover, it is thought to be beneficial to decrease costs and fill the gap in shortness of healthcare professionals.

The policy would transfer from a focus on disease to prevention which has led to the idea of a Good Health Pass that could be linked to an ID card and vaccination passport. In this way each person can be instructed when and how to act to prevent disease and stay in good health even when traveling to other countries.

A  graphene-based sensor platform with non-invasive and invasive application including wearable sensors for monitoring biophysical, biochemical, environmental signals and implantable devices for nervous, cardiovascular, digestive and locomotor systems is predicted to be of enormous value for implementing Artificial Intelligence.

In the Graphene Flagship project various skin patch sensors based on graphene are developed to empower people to continuously monitor and proactively make safer choices. The first invasive neural interface in the brain with the ability to interpret brain signals with unprecedented high fidelity, producing a therapeutic response adapted to the clinical condition of each patient, is expected to enter clinical trials soon. The innovation is linked to the € 1,3 billion EU  Human Brain Project to enhance the field of neuroscience computing and brain-related medicine expecting more implantable devices influencing behavior to be developed.

Graphene Oxide and the Human Body

Graphene oxide can unintentionally enter the body through inhalation, dermal contact, and ingestion as it can disperse in many solvents. Toxic effects of GO are dependent on several variables including the route of administration influencing distribution in the body, the dose, the method of synthesis, impurities from the production process and its size and physicochemical properties like oxidation degree.

GO has a high adsorption capacity for proteins, minerals and antibodies in the human body which transforms the structure and form of GO to a bio-corona that can interact with other biomolecules and physiological processes. A difference in biocompatibility was suggested to be due to the differential compositions of the protein corona formed on their surfaces that determine their cell interaction and pro-inflammatory effects.

The many contradictory results from no toxicity to possible long-term serious damage, depending on physicochemical properties and the experimental conditions chosen, ask for a better understanding of its toxicokinetics and mechanisms involved for acute and long-term exposure.

Also, its behavior to biological barriers like skin, blood-brain barrier and barrier of the placenta may vary. Intra and extracellular degradation of GO is mainly orchestrated by macrophages (immune cells) in the different organs. The lung, heart, liver, spleen and intestine are the organs GO is found. In this context it is important to understand the possible risks of the bio persistence in the body and affected cellular membrane integrity, metabolic processes and morphology of organisms. The way in which GO is produced is of key importance for the potential impact on biological systems, biodistribution and excretion by the human body.

Graphene Oxide and the Environment

Irrespective of forms of graphene a great number of studies have demonstrated that graphene affects a wide range of living organisms including prokaryotes, bacteria, viruses, plants, micro and macroinvertebrates, mammals, human cells and whole animals in vivo. The large part of available current literature indicates that graphene-based nanomaterials are cytotoxic.

Although the mechanism of their cytotoxicity has not yet been established, oxidative stress, cellular penetration and inflammation have been most widely recognized mechanisms for graphene based nanomaterials toxicity in aquatic organisms. Unfortunately, there is still a huge gap of information lacking the effect on organ function, metabolic effects and behavior.

Now that the pandemic has come to an end, striving for One Health has become the priority, focusing on surveillance, vaccine, and drug development using new technology. However, experts and politicians are reluctant on the enormous increase in the biohazard with graphene-derived products that have been released in the environment during the pandemic the past two years.

As GO can be easily transported by air and water from hazardous waste the possible negative aspect of a GO pollution of all living creatures is unknown and cannot be excluded. Enhancing effects of GO on the endocrine-disruptive capacities of Bisphenol A have been observed in adult male zebrafish. Sharp edges of GO that can penetrate cell membranes might facilitate the penetration of microplastics and other unknown substances into organisms.

New diseases may develop by disrupting a worldwide fragile balanced ecosystem necessary for health and all life on earth. This public health risk is growing each day due to a sharp rise in malnutrition as a result of the lockdowns undermining a well-functioning immune system and the ability to degrade or detoxify graphene-derived products.

Evidence-based research and ethical decisions need to be prevalent over an intellectual fast track of GO-derived product production and release. The priority should be better focus on ways to improve availability of sufficient and good nutrition, and prevent the release of inadequately tested products and restore trust in public health. 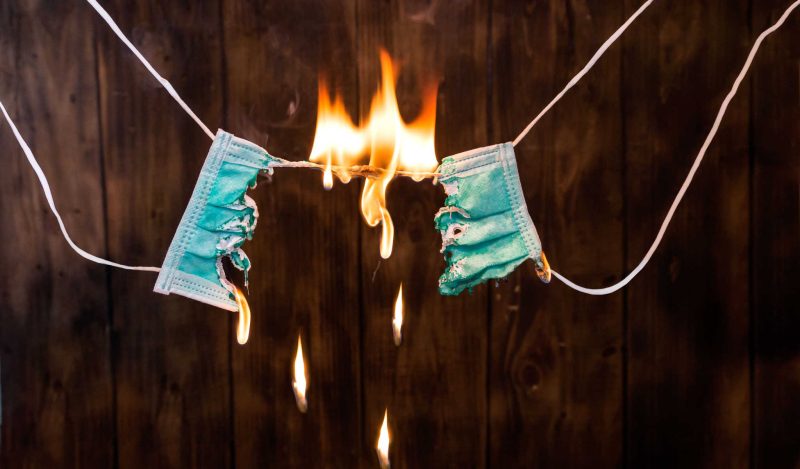