“This, of course, stays between us” he said to his young coworker as they went their separate ways in the hotel parking lot. She, who was already feeling a bit queasy about what had transpired—it had not gone as she had hoped—quickly nodded her head as she clicked the fob to open the door of her car.

Yes, she would keep it quiet. It was definitely better that way for him, but just as much, she thought, for herself as she had done what she had said she would never do: sleep with a more senior co-worker.

She briefly rehearsed conjuring a new story about how it had come to pass, one that suggested he had forced it all upon her. But she knew it wasn’t true. She had always been an independent woman, nobody’s fool. And pretty honest with herself as well. In remembering and acknowledging her own agency in the process leading to the encounter she said to herself, “Yes, it’s definitely best that every hint of what occurred never go beyond this place and this moment.”

And thus was born a Pact of Silence, one of millions established each day across the world.

Shame is an incredibly powerful emotion, one that when imposed by parents or certain authority figures in very, very limited doses in the process of a child’s trajectory toward adulthood—which is to say, the process through which he or she begins to generate an autonomous sense of morality—can serve a certain educational purpose.

And once its lessons have been internalized in the adult, it can serve as a brake upon the well-known human tendency to get carried away and do stupid and regrettable things.

And as we have seen during the last 30 months it can turn into an extremely powerful and noxious weapon when it is wrenched from its proper place in the intimate realm and employed as a tool of coercion in our public spaces.

Much less talked about is the way it can lead people to paralysis or flat-out lying, and the short-circuiting of mindful behavior, with all that that last term implies as far as responding compassionately to those we care about, or those we may have, if even inadvertently, harmed.

The fictional adulteress mentioned above, it seems, felt some shame and wanted to bury things because she had in some way betrayed an idea of the person she is, or at least wants to be.

In many ways, hers was probably a healthy response. If we were to vigorously berate ourselves for all of the times we fell short of our own behavioral expectations, life would turn into a grim and lonely slog. Sometimes letting go is just the ticket, especially in cases like the one sketched out above that did not involve any palpable harm to third parties.

But what happens when our behaviors fall short of the aspirations we have for ourselves and others—let’s say millions of others—are manifestly damaged by our dishonest actions?

Here, it would seem, the bury-it-and-move-on method is completely inappropriate.

And yet this appears to be exactly what most of the roughly 30% of the general population and 95% of the mainstream media who advocated for social apartheid and otherwise harangued and bullied their fellow citizens over the matter of covid controls and vaccinations, are trying to do.

Given what we’ve come to learn about the buckets of Pharma cash handed out to the media, it is probably not surprising that the latter group is responding this way.

But what about the first group mentioned?

Given what we now know… No, check that. Given what was known to anyone who wanted to know about the real capabilities of “social distancing” and vaccine mandates as far back as 18 months ago, the temptation is to write most of them off as conceited fools. And in the end, maybe that is the best tack to take.

A more charitable approach, however, would be to interrogate how shame might be affecting their reactions to the cascade of evidence demonstrating the rank ineffectiveness and danger of the entire Covid response, as well as the blizzard of lies and censorship unleashed to obscure these salient facts.

There is, as I have mentioned repeatedly, an undeniable skew toward the highly credentialed in the ranks of the fanatics. These are people whose sense of self-worth is heavily invested in being much more analytical and quicker to see through fakery than the great majority of their fellow citizens.

In their minds, people like them don’t get fooled. Other, less tuned-in people do.

Yet, they have been massively and repeatedly fooled by one of the most obvious and coordinated—recognizable if by nothing else by its carpet-bombing expanse and pace—propaganda campaigns in history.

On some level, the sense of shame must be enormous.

And yet to interrogate it honestly and begin the process of repair means admitting that the castle of the intellect which they have created to safeguard their perhaps fragile identities may not be nearly as strong or as impregnable as they once believed it to be.

And so they do what many people do when they feel the world as they know it slipping away. They pretend it is not happening and point fingers everywhere but at themselves, inventing malign stories about those who unlike them, have enough ego detachment to analyze the world more or less as it is, as opposed to what their ill-resolved identity conflicts and status hungers need it to be.

Or they flat out lie, as professional know-it-all Neil de Grasse Tyson does here (starting at 2:15), when he suggests that we have no tools of contrastive analysis available for assessing the wisdom of the measures taken to mitigate the effects of the SARS-CoV-2 virus on our society.

Understanding all this makes it easier to think of those who provided the vociferous support for the government-imposed destruction of freedom of association, commercial freedom, bodily sovereignty, mass firings, record-shattering numbers of injuries and deaths and who knows how many future health complications with a greater degree of forgiveness and compassion. But I’m not there yet.

But when my anger cools, I’ll at least have a clear path of inner growth to follow during my remaining years on this earth. 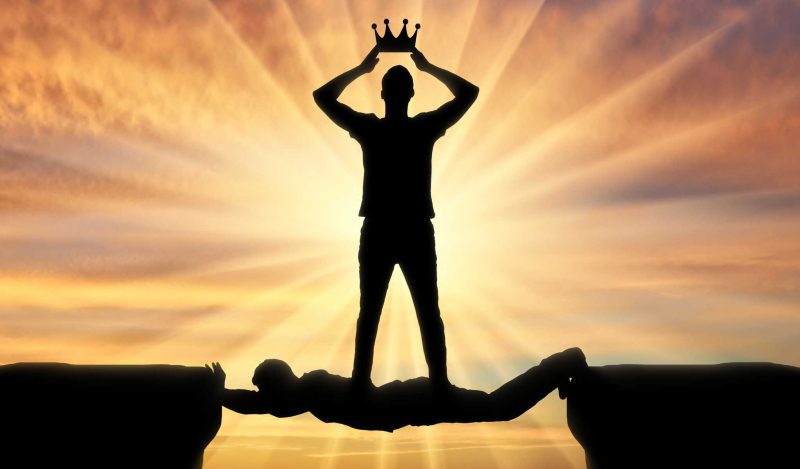 A truly prosocial approach would not shut out all other goals and insist on one way forward. It would take into account the different priorities…