Here we are, all of us, almost two years on, still having to debate what appears to each of us to be incontrovertible. I suspect that most people made up their minds early on, and continue to pay attention only to the articles and news anchors who support their position. Therefore let me suggest that you take a look at a recent article, whichever side of the divide you are on.

Norman Doidge, a psychiatrist who has written beautiful books on neuroscience, recently published a scientifically serious and gently balanced introduction to the major Covid questions in the Tablet (complete version here). Highly recommended.

Doidge refers to the “behavioral immune system” and the “crystallization” that happens after a major dispute, as factors in the hardening divisions that are tearing apart our societies. The poet T.S. Eliot put it baldly: mankind cannot bear very much reality. We are not very well made for the continual work of revision and self-critique that could lead us to change our minds.

Yet change our minds we must, and we need tools to do so. If the jabs have not solved the problem, this would be a great time to have a frank, open discussion among the best educated professionals, with access to as much of the relevant data as possible. Instead, prominent scientists, doctors, and honestly curious laymen are being censored every day.

Instead of releasing the data and crowdsourcing sophisticated intelligence about its meaning, which affects everyone, Pfizer and US government regulators look very much as if they are colluding in a bid to stonewall, and not release the data for decades: much too late to be of any use to the double, triple, and quadruple-jabbed who have a legitimate interest in knowing the full truth about the safety profile of the products they are being injected with.

The “hesitant,” as they are termed, are told to shut up, get in line and obey. With every trick in the book, everyone from the president to the Pope have cajoled, threatened, fined, and shamed them into compliance. Obedience is a question of public health, they are told, even though research is consistently showing that the jabs make no significant difference to transmission within the “herd,” and we know infinitely more today about how to care for Covid patients than we did in the uncertain days of March 2020.

The hysteria resulting from crude rules motivated by the government’s desire to get everyone jabbed are leading to horrific outcomes. Just a few weeks ago in the beautiful, gentle country I live in, Italy, a young mother lost her child after being turned away from the hospital in Sassari. Without a PCR test, she could not enter; and thus her child died.

Think of that woman, and her husband standing helplessly by, and tell me these rules are just and humane if you dare.

Let me not be misunderstood: obedience is sometimes vital. Without it, there is no cohesion, no identity, no ability to stand as a group and work for a common goal. Armies are successful because their members follow orders. Obedience is also pedagogically useful: by paying close attention to the ideas and experiences of those wiser than one’s self, one can presumably chart a better course through life. Don’t touch the stove, it will burn you.

But along with obedience, we also need an education in disobedience. The young mother in labor was met at the hospital door by other human beings. One of them should have seen through the rules and realized that this was the time for an exception. Instead, they were unthinking drones. A bit like Eichmann.

We have been told that truth will win out, if the playing field is level. That might be the case, if a level playing field could be found. Liberal democracy has been described as just such a public square, in which the marketplace of ideas will produce the most reasonable outcome, a sort of “price discovery” leading to the One Best Truth about things public and private. This belief is a child of Adam Smith’s idea that the homo economicus will act out of enlightened self-interest.

However, as is well known today through the work of Tversky and Kahneman, the actual behavior of the homo economicus is highly irrational, even when manipulation and outright lying are not part of the equation. And only the naive or the blind could think that they are not: our experts are as easily bought as our journalists and politicians.

Therefore, in order to push the good and the true back into the center of the field where they belong, every generation has needed its Socrates, its Thomas More, its Martin Luther King and Rosa Parks. Some of the heroically disobedient of our own time are Canadian and drive big trucks.

If all we had to do to guarantee the victory of the Good and the True was to enunciate them in the free market of ideas, we might be able to get away with having a highly compliant population, and outsource the idea-repository to places like Wikipedia and a few elite universities. The experts would sift through the ideas, tell us what to think and what to do, and the greater good would come about by just obeying.

The trouble is that such a marketplace does not exist. Along with enunciating our ideas about the good and the true, we also have to defend them. And we have to worry about discovery, the generation of new ideas, and the correction of the bad ideas in the remote and recent past.

One example: currently, a vocal group of scholars are engaged in revising racial history and teaching the point of view of those who were oppressed in the past. If we think this activity is important, we must also be concerned with teaching people to have the ability to revise the history books and propose a more honest reading of the facts. That implies that they have the freedom and the courage to criticize even their own teachers.

The issue is far broader than the academy. We must also be concerned with teaching people to have the ability to challenge the press and the government. We need free-thinking women and men able to take government bureaucrats, whether they be in the White House or at the CDC, the FDA, or anywhere else, only as seriously as they deserve, and to ask hard questions of them both in the media and in court.

To work together for the greater good, which is never fully known by anyone, and to counteract the liars among our rulers and their journalistic mouthpieces, well-intentioned or otherwise, we need an education in disobedience. A merely obedient population might be easy to govern in the short term, but it will be tragically unable to change course when the data shows that the greater good lies elsewhere than we had previously thought.

The idea that Bill Gates is somehow the driving force behind the WHO’s vaccine-centric Covid-19 response is very widespread – at least on Twitter. But…

Let’s start with two simple questions. If regulators had the information available to them of the leakage between Covid-19 vaccine efficacy rates in controlled trials… 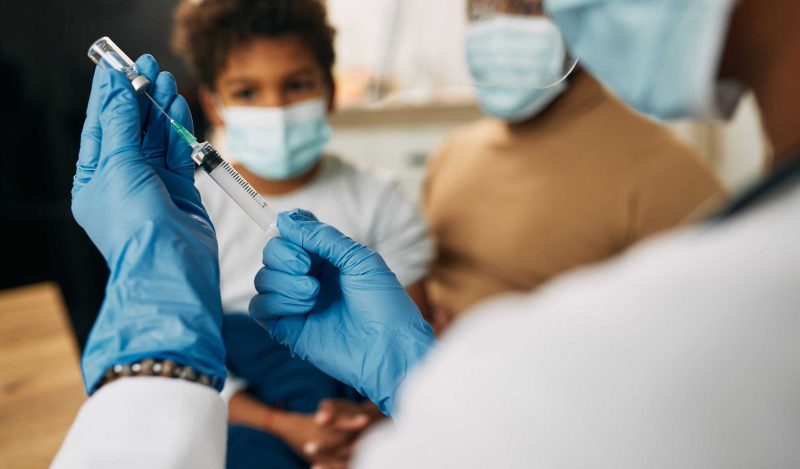 Ordinarily, it would be best to put the whole Covid nightmare behind us and move on. This might be one of the rare exceptions, for…