This is the first Halloween in my lifetime – and really since World War II when sugar was rationed in the US and UK – in which there have been candy shortages. We could all eat less sugary junk, so they tell us. Fine. How long must we continue to pretend that all of this is normal and tolerable?

The candy shortage is emblematic of deeper issues affecting economic life after lockdowns. The empty shelves you see at the local store are only the final stage revelation of problems pervasive in all production structures. The problems are not being fixed. They are all getting worse, even after all the promises that the shortages, dislocations, and inflation were merely temporary.

Labor force participation has taken another downturn. The cause traces to largesse, mask and vaccine mandates, demographic shifts, and general demoralization. It is now at the level it was in 1987, meaning a loss of 35 years in terms of a more inclusive workforce. The job losses have disproportionately affected women and minorities. Right now, mass firings over vaccine mandates are tearing more people out of the workforce against their will.

The latest version of the bill instructing OSHA to force vaccines on all companies of more than 100 workers imposes fines of $700,000, plus up to $70,000 per day that employment continues or $26 million per employee per year. Those fines are unspeakable, befitting a regime devoted not to public health but to compulsion and pillaging.

Inflation by every measure is getting worse, with the Fed’s preferred measure – personal consumption expenditures index – revealing year-over-year change that outstrips even the worst of the late 1970s. The Producer Price Index too is grim, with year-over-year change last month at 40%. The BLS rightly called it “the largest 12-month increase on record.”

It’s true that supply chain breakages and clogged ports can account for much of this but it would be historically naive to believe that monetary expansion without precedent does not also bear blame. And this is happening despite money velocity data that reveal rising risk aversion that would normally coincide with deflation. Velocity crashed with the onset of the lockdown crisis, which accounts in part for why the vast increases in money supply didn’t result in more-immediate depreciation. But instead of gradually getting back to normal, velocity has taken another dip (meaning that demand for cash balances is rising). The inflation all around us is happening despite this countervailing trend.

Now let’s talk about production. The news is equally bad.

“The U.S. economy had some car troubles in the third quarter,” says Bloomberg. That’s one way to put it. Car production fell off a cliff with a 41% drop, due mostly to the chip shortage. That in turn gave the GDP a huge dent. On an annualized basis, the GDP crawled up barely 2.0%. That’s pathetic when you consider the 9.3% crash that happened last year. Right now, just to make up for this mess, you would need consistent 5-8% growth just to get back what we lost. It appears for now that the losses will never be made up. We not only had a year of our lives stolen. There are enormous unseen costs out there, in technology, education, art, and health.

The reason for the collapse in car production traces to the chip shortage. It’s a problem driving up the costs of computers, gaming consoles, refrigerators, washing machines, home air control, and just about everything else we associate with modern life.

The chip shortage emerged about this time last year when manufacturers placed orders for all the chips they cancelled in the spring of 2020 due to lockdowns. The strategy of just-in-time inventory worked for the better part of 40 years. Why would anyone expect it not to work this time?

But it didn’t. When the orders were placed, manufacturers discovered that chip makers in Taiwan, Japan, and Hong Kong had already retooled their factories to serve regional demands for laptops and gaming consoles, better to serve the pajama class. That left car makers with no options. They even attempted building cars with fewer features.

“Carmakers are also building vehicles with less technology. Peugeot is going back to old-fashioned analog speedometers for its 308 hatchbacks, rather than use digital versions that need hard-to-find chips. General Motors Co. said it built some Chevrolet Silverado pickup trucks without a certain fuel-economy module, costing drivers about 1 mile per gallon. Nissan is cutting the number of vehicles with pre-installed navigation systems by about a third.”

Well, it wasn’t enough. That’s because the ports are clogged and not delivering even the auto parts that are necessary to complete cars even without the technology enabled by microchips. This is another sign of the times. Each time we’ve believed that we’ve isolated the one problem that is breaking economic production, another one appears. Patch that one and two more appear. Do something about those two and five more appear.

Right now the chip shortages are getting worse not better. The WSJ reports:

Wait times for chip deliveries have continued to climb above a healthy threshold of 9-12 weeks. Over the summer, the wait stretched to 19 weeks on average, according to Susquehanna Financial Group. But as of October, it has ballooned to 22 weeks. It is longer for the scarcest parts: 25 weeks for power-management components and 38 weeks for the microcontrollers that the auto industry needs, the firm said.

Economic dislocation affects everyone profoundly, day by day a relentless gutting of the American way of life. If a Republican were president, we would hear about nothing else, and rightly so. But because the media want to protect the president, all we get are boring recitations buried on the business pages.

Meanwhile, the regime is facing a massive legitimacy problem at all levels. Nothing it has pushed is working. They have enabled mass firings right in the middle of a crisis-level labor shortage. A stupider policy is hard to imagine. Trust is eroding in the regime but also in society in general.

We did have a chance to turn the corner last year following the lockdowns, but that didn’t happen. Government policy got worse, not better. Now Washington is talking about an unprecedented tax on unrealized gains even while pushing for close monitoring of all bank transactions. This is sending a signal to everyone in the country. You don’t own your money. You rent it, and the government determines your bill.

Recounting all of this, it is helpful to recall the modern history of Cuba. Why? It is a case of a once very civilized and prosperous country that came to a halt following a political revolution. It is still stuck in time, with cars from the 1950s that are oddly valuable mainly as preserved antiques. Could that happen here? Those who would rule it out have not learned from history.

Americans once believed themselves to be uniquely blessed people, abiding in riches in the indispensable nation. That worked for many decades following the Second World War. Now we can count ourselves among the uniquely cursed, unable to escape the grim damage of a country ruled by people who have little faith or interest in the whole idea of freedom.

Lockdowns taught a generation of rulers that they could get away with astonishing policies and nothing stood in their way. Let them eat candy, they said, until the candy too was gone. The job of everyone else now is to figure out how to get them out of the way, so we can keep the lights of civilization on. 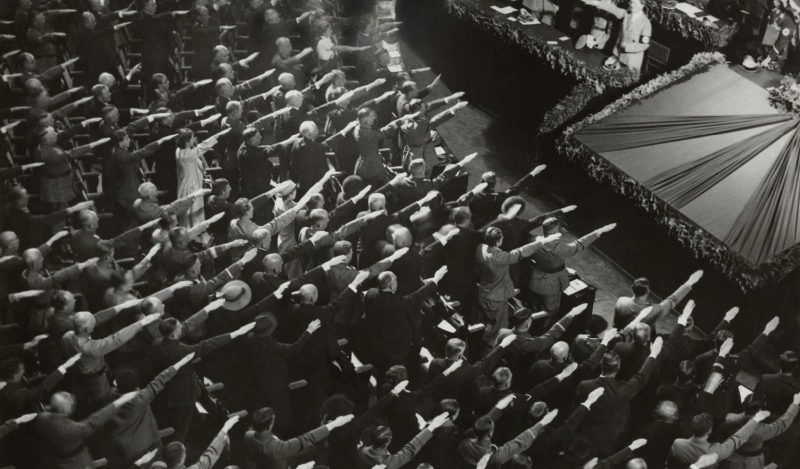