In college, I took a Latin American Politics and Development class. When discussing Latin American medical care, Professor Eldon Kenworthy presented a deeply countercultural idea. Echoing a journal article by the scholar, Robert Ayres, Kenworthy maintained that building hospitals there costs lives. If, instead of erecting, equipping and staffing gleaming medical centers, this same money and human effort were devoted to providing clean water, good food and sanitation, the public health yield would be much greater.

United States medical history bears out Ayres’s paradox. The biggest increases in US life expectancy occurred early in the Twentieth Century, when people had increasing access to calories and protein, better water and sanitation. Lives lengthened sharply decades before vaccines, antibiotics or nearly any drugs were available, and a century before hospitals merged into corporate Systems.

The American medical landscape has changed radically in the forty years since I learned of Ayres’ observation. America spends three times as much, as a percentage of GDP, on medical treatments as it did in the 1960s.

By 2020, America devoted 18% of its GDP to medicine. (By comparison, about 5% goes to the military). Adding the mega-costs of mass testing and vaccines etc., medical expenditures might now approach 20%. Although the US spends more than twice per capita what any other nation spends on medical care, American ranks 46th in life expectancy. US life expectancy has flatlined, despite growing medical spending and broadened medical access via the vaunted Affordable Care Act.

Though medicine’s high-cost and relatively low yield are right in front of anyone who thinks about their medical experiences and those of people they know, most never connect the dots; more medical treatments and spending are continually advocated and applauded. There’s a regressive “if it saves—or even slightly extends—one life” medical zeitgeist/ethic.

As most medical insurance is employer-based, most people don’t notice annual premium increases. Nor do they see the growing slice of tax revenues used to subsidize Med/Pharma. Thus, they continually demand more stuff, like IVF, extremely high-cost drugs, sex changes or psychotherapy, as if these were their right, and free. To say nothing of these treatments’ limited effectiveness.

As all are required to medically insure and to pay taxes, one can’t simply opt out or buy only those medical services that one thinks justify their costs. With massive, guaranteed funding sources, aggregate medical revenues will continue to climb.

Medicine has fed Coronamania. The TV news I’ve seen during the past 27 months painted a very skewed picture of reality. The virus has been misrepresented—by the media and government, and by MDs, like Fauci, often posing in white jackets— as a runaway train that’s indiscriminately decimating the American populace. Instead of putting into perspective the virus’s clear demographic risk profile and the very favorable survival odds—even without treatment, at all ages, or promoting various forms of contra-Covid self-care, including weight loss—the media and medical establishment incited universal panic, and promoted counterproductive mass isolation, mass masking, mass testing, and treatment with ventilators and expensive, often harmful anti-virals.

Later, mass injections were added to the “Covid-crushing” armamentarium. While the shots created many billionaires, and greatly enriched other Pfizer and Moderna stockholders, they failed, as Biden and many others had promised, to stop either infection or the spread. All of the many whom I know who have been infected in the past six months were vaxxed.

Many—whose voices are suppressed by mainstream media—observe that the shots have worsened outcomes, by driving the development of variants, weakening or confusing immune systems, and causing serious near-term injuries.

Further, people blindly, ardently believed in the shots simply because they were marketed as “vaccines” by bureaucrats wearing medical garb. Despite the shots’ failure and the failure of other “mitigation” measures like lockdowns, masking and testing, many refuse to concede that Med/Pharma has had much—overwhelmingly negative— influence over the society and economy and public health during Coronamania. Nonetheless, many billions of dollars have been—and are still being—spent to advertise shots that most people don’t want.

Given the cumulative PR onslaught of the ads and shows, medicine is widely seen as more effective than it is in real life. A few years ago, I heard some woman-in-the-street say, during a TV news clip, “If they make me change my doctor, it will be like losing my right arm.”

Many hold such polar views. Medicine is the new American religion. Given such fervent belief in medicine’s importance and the sense of entitlement regarding expanding medical treatments, government and insurance money is relentlessly overallocated to medicine.

Do these expenditures improve human outcomes? During the first Scrubs episode, resident J.D. complains to his mentor that being a doctor was different than he had envisioned; most of his patients were “old and kind of checked out.” His mentor responds, “That’s Modern Medicine: advances that keep people alive who should have died a long time ago, back when they lost what made them human.”

This largely describes those said to have died with Covid. Most people have disregarded that nearly all who died during the pandemic were old and/or in poor health. Most deaths have always occurred among the old and ill. Occasionally, sitcoms keep it realer than real people do.

Aside from not helping much and misspending resources, and extending misery, medicine can be iatrogenic, i.e., it can cause illness or death. Hospital errors are said to cause from 250,000 to 400,000 American deaths annually. Perhaps medical personnel try to do a good job. but when the bodies of old, sick people are cut open or dosed with strong medicine, stuff happens. Even well-executed surgeries and many medications can worsen health.

Further, though few know it, a brew of excreted medications and diagnostic radionuclides daily pours down drains across the US and world and ends up in streams and rivers. For example, the hormones in widely-prescribed birth control pills feminize and disrupt aquatic creatures’ reproduction. There are books about all of this, too, though such authors never appear on Good Morning America.

Faith in medical interventions also lessens individual and institutional efforts to maintain or improve health. If people didn’t abuse substances, ate better and moved their bodies more, there would be much less demand for medical interventions. And if people spent less time working to pay for medical insurance, they could spend more time taking care of themselves and others. Overall, America could spend a fraction of what it spends on allopathic medicine and yet, be much healthier. There are also plenty of books about this.

Given its place at the center of American life for 27 months, and counting, Covid has been—and will be—used to further intensify the medicalization of individual lives, the economy, and society. By exploiting and building an irrational fear of death, the Medical Industrial Complex will promote the notion that we should double—or triple—down on medical and social interventions and investments that might marginally extend the lives of a small slice of the population. Or, in many instances, shorten lives.

But most people who live sensibly are intrinsically healthy for many years. Given enough nutritious food, clean water and a decent place to sleep, most people will live a long time, with little or no medical treatment. While intensive medical interventions can marginally extend the lives of some old, sick people, medicine can’t reverse aging and it seldom restores vitality.

If the media were honest brokers, the Covid mania would never have taken hold. The media should have repeatedly pointed out that the virus only threatened a small, identifiable segment of a very large population. Instead, captive to its Med/Pharma sponsors, the media went full-frontal fearmonger and promoted intensive, society-wide intervention. Social, psychological and economic catastrophe ensued.

Additionally, many doctors who could have spoken against the Covid craziness stayed silent so as not to jeopardize their licenses, hospital privileges or favored status with Pharma, or just because they were schooled in allopathic orthodoxy and hold fast to that faith. Props to those courageous few who broke ranks.

The Med/Pharma/Gov establishment, including the NIH and CDC, hasn’t saved America during 2020-22. To the contrary, Covid interventions have worsened overall societal outcomes. These net harms should have inflicted—and, depending on longer-term vaxx effects, may yet inflict—a big black eye on the Medical Industrial Complex.

If so, Med/Pharma will spend tens of billions of PR money to distort what’s happened for the past 27 months, and to portray well-paid medical personnel, administrators and bureaucrats as selfless heroes. Many gullible Americans will buy this slick revisionism, including its portrayals of healthy-looking people walking in slow motion on beaches or across meadows in golden light, accompanied by a contemplative solo piano soundtrack.

Let’s call a spade a spade and go back to calling this what we used to call it – eugenics. And be ever mindful as… 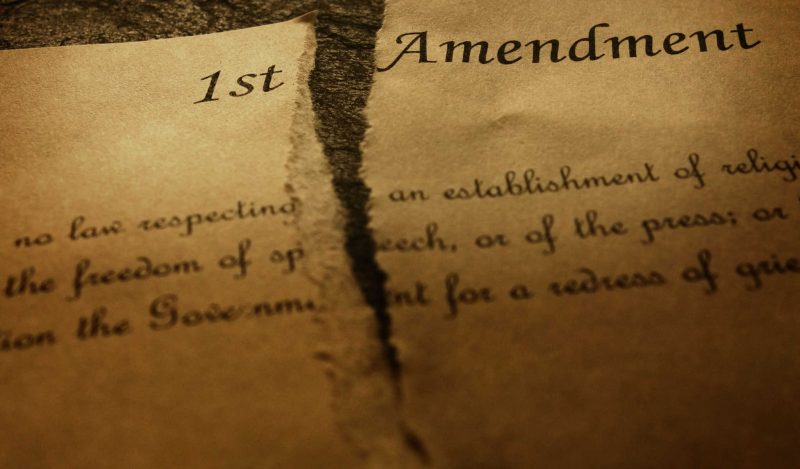